ConservativeBlog.org
Posted at 21:47h in Blog by David Hogberg

A previous post noted that more than a few Democrats had expressed interest in delaying the individual mandate and/or extending the open enrollment period.  Here are some more Democrats who have expressed similar sentiments since then.  A full list follows. 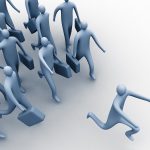 According to Politico, Sen. Jeane Shaheen has offered a plan to extend the open enrollment period and “Kay Hagan (N.C.) and Mary Landrieu (La.) also support that plan.”

Alison Lundergan Grimes, who is running as a Democrat for Senate in Kentucky, has “said it makes sense to extend the March 31 enrollment deadline and postpone the $95 penalty for people who fail to meet the deadline for acquiring coverage,” according to the Courier Journal.  Additionally USA Today says that a Democrat candidate for Senate in Georgia, Michelle Nunn, has “endorsed delaying the requirement for individuals to buy insurance.”