ConservativeBlog.org
Posted at 16:29h in Blog, Health by David Hogberg 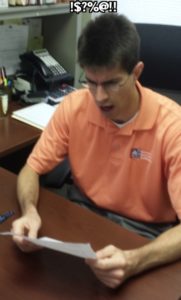 Unless you’ve been living in a cave, you are aware that many policyholders are receiving cancellation notices from their insurance companies.  Turns out that these policies don’t meet ObamaCare requirements.

But how many people have received these notices?  Let’s do a tally:

-13,000 in central and eastern Pennsylvania.

That adds up to 1,492,000 cancellations.  And that number is low as similar cancellation notices have gone out in Alabama, Georgia, and North Carolina.  We also know that Humana has cancelled policies in Maryland. Unfortunately, no numbers are available thus far in those cases.

One analyst thinks that up 16 million people could have their policies cancelled.

Of course, who can forget this promise: