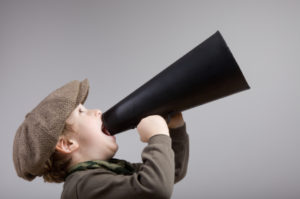 Word is spreading about the National Center’s new exposé of Kathleen Sebelius’s shady dealings with ObamaCare front-group Enroll America, which was published as part of our GroupSnoop.org series this past Wednesday.

Staffed with scores of former Obama Administration employees, Enroll America works to sign up as many Americans as possible into the President’s health care takeover.

In a press release yesterday, I explained that:

The Government Accountability Office is currently investigating whether Sebelius’s communications with outside organizations on Enroll America’s behalf violated federal law.

First, federal law prohibits governmental regulators such as HHS from soliciting funds from entities that they regulate.  The reasons for this are obvious – with bribery and extortion potential being the most apparent.  To date, Sebelius denies making explicit solicitations from these HHS-regulated groups, but admits to contacting them and talking to them about Enroll America.

However, her propensity for veracity is in doubt after repeatedly denying the initial contacts.

Second, her actions may have violated the very core of America’s constitutional democracy.  Under America’s separation of powers, Congress holds the power of the purse, which includes the power of writing legislation, making budgets and expropriating necessary funds.  The Antideficiency Act prevents the creation of expenditures, outlays or appropriations beyond what Congress has allowed.

It can be argued that Enroll America is acting as an agent of the government in enacting ObamaCare and that Sebelius’s fundraising efforts were a direct violation of the Antideficiency Act.  In short, she may have used her executive branch authority and illegally usurped powers that are the specific purview of the legislature.

On Wednesday, Sebelius answered questions on Capitol Hill about the failed ObamaCare website.  But she still has plenty more to answer for.