ConservativeBlog.org
Posted at 15:18h in Blog, Health by David Hogberg

The Agency for Determining Society’s Opinion has apparently hired MIT economist Jonathan Gruber as its spokesman. Gruber, one of the architects of ObamaCare, is constantly informing us what society thinks and what decisions it has made.

For example, in October 2012 Gruber claimed that “We as a society are not willing to put the resources in to let Medicare go along as it’s going along.”  Back in July he said, “We as a society just don’t care about mental health in the way we care about physical health. It is just not viewed as real health.” 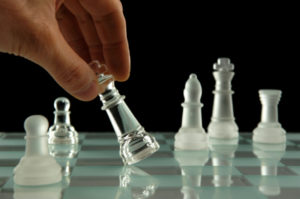 More recently, Gruber was called on to tell us what society had to accept regarding Obamacare.  Of the people who are now losing their insurance, he remarked, “We have to as a society be able to accept that. Don’t get me wrong, that’s a shame, but no law in the history of America makes everyone better off.”

He further explicated what society had resolved regarding insurance benefits on the Obamacare exchanges.  “We’ve decided as a society that we don’t want people to have insurance plans that expose them to more than six thousand dollars in out-of-pocket expenses,” he told The New Yorker.

Funny, but when the Agency for Determining Society’s Opinion called me about this I replied, “I think people should have the freedom to buy insurance policies with high out-of-pocket costs and insurers should have the freedom to sell them.”  Although I’ve never seen the Agency for Determining Society’s Opinion results on that issue, I guess that my opinion must have been in a distinct minority.

The main problem I have with Gruber’s comments is I don’t remember society making that decision.  My memory must be fuzzy because I recall that Congress was the entity that made decisions about Obamacare and, thus, decided that $6,000 would be the out-of-pocket limit for insurance on the exchanges (actually $6,350, but let’s not quibble).   Again, my recall must be hazy because I remember that one segment of our “society”—the Democrats and their allies—used the government to impose the $6,000 limit on another segment of society.

But that must be wrong.  After all, he’s the official spokesman for society.