Posted at 15:10h in Health by David Almasi 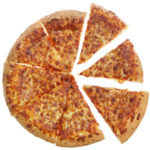 A year ago today John Schnatter, founder and CEO of Papa John’s Pizza, remarked that Obamacare’s employer mandate would likely result in Papa John’s franchise owners reducing the number of hours that their employees worked.

(Quick refresher: Under Obamacare’s employer mandate companies with 50 or more full-time employees—“full time” defined as 30 hours a week or more—must provide their workers with health insurance or pay a hefty fine.)

The reaction from the left was fast and furious.  Many on the left called for a boycott.  Jon Stewart and Bill Maher laid into Schnatter, while Rick Ungar at Forbes claimed that Schnatter and other CEOs were trying “to blackmail the people of the United States into doing [their] bidding.”

Well, a year later the evidence is in, and Schnatter was right and the political left was wrong.  As I write in an article today in the American Spectator:

My former colleague at Investor’s Business Daily, Jed Graham, has compiled a list of 363 employers that includes 75 private businesses that have reduced hours in response to Obamacare. Astoundingly the other 288 are government institutions such as school districts and state universities. Who knew there were so many blackmailers in public education?

There are more to come as the Obama Administration’s July decision to delay the employer mandate until 2015 undoubtedly caused many employers to postpone decisions on workers’ hours. The Michigan firm Directions In Research had limited the hours of its telephone interviewers to 29.5 a week. After the delay, it temporarily allowed employees to work 40 hours. As January 2015 approaches, expect Direction In Research to reduce hours again and many other employers to follow suit.

And while you’re at it, you should also read Chris Conover’s analysis of the overall effect that Obamacare will have on the various segments of the health insurance market.  For large employers, the problems are just beginning. According to Conover, over 100 million people who get their insurance via large employers will either see big changes in their insurance or lose it.