ConservativeBlog.org
Posted at 14:29h in Blog, Health by David Hogberg 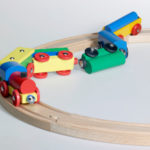 How bizarre has Obamacare become?  Well, bizarre enough that for the first that I can remember, I find myself agreeing with Howard Dean.

As you’ll see in the clip below, Dean questions 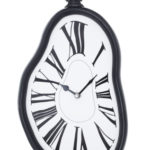 whether President Obama has the legal authority to allow people to keep their health plans.  During his press conference, Obama said,

Regarding policies that have changed since Obamacare took effect, letting people keep them would require changing the grandfather regulations—not the law.  So, President Obama may have the legal authority to do that.

However, there is no legal authority for President Obama to extend that to people who purchased their plans after Obamacare took effect.  Section 1251 of the law governs grandfathered plans, and it spells out only three exceptions for purchasing plans after the law took effect.  The first is for children who are on their parents’ grandfathered plan.  When those children become adults, they have the option of purchasing the same plan.  The second regards employer-based plans that are grandfathered.  New employees can purchase those plans. And the third regards plans under collective-bargaining agreements made with multiple employers. New employees can join those as well.

Other than that, there is nothing in the law that permits people to keep their plans if they don’t meet Obamacare standards and were purchased after Obamacare became law.  But, as has often been the case with Obamacare, the president will disregard the law.

Finding myself in agreement with Howard Dean is surreal. So is watching a president ignore the rule of law with impunity.