ConservativeBlog.org
Posted at 11:32h in Blog, Health by Amy Ridenour 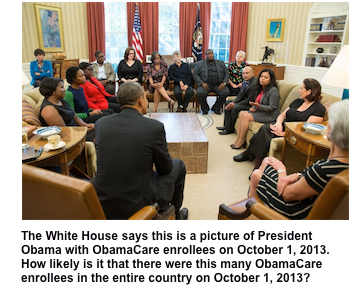 Allow me to say first of all that, like millions of others, I feel sorry for Jessica Sanford, the woman in Washington state who was told by her government that she is entitled to subsidized health insurance only to be told that she isn’t.

But she wasn’t dealing with a private company. She was dealing with the government, and it was there to help.

There’s something else about the Jessica Sanford story that strikes me, and that’s the news media’s lack of interest in exploring why Sanford is, as President Obama was so pleased to announce in the Rose Garden, a “single parent, no child support.”

Now ordinarily I don’t think it is any of the public’s business what sort of support one parent gets from the other parent, unless the government wants me to step in to help pay that child support in lieu of the missing parent.

And then it is my business, because the government forced my involvement and the person who wants my help voluntarily applied for public, aka, partly my, money.

I’m not saying the answer to this question necessarily reflects badly on the father of Sanford’s son. Maybe he’s dead, or genuinely disabled, or desperately but unsuccessfully seeking work in Barack Obama’s economy. And I’m in no way automatically condemnatory of Sanford herself, since she’s doing a job herself that is meant for two.

I’m just saying the media isn’t doing its job when it leaves out the “why” when it reports stories about people seeking (and in Sanford’s case, receiving, since her son receives Medicaid) public assistance.

If we’re gonna be the daddy, at least tell us why.