ConservativeBlog.org
Posted at 09:48h in Articles, Blog by David Almasi 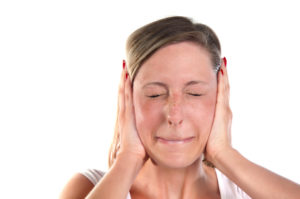 The initial response of the mainstream media to reports of random attacks on individuals by thugs apparently hoping to render victims unconscious with a single blow was to not report on it at all.

Now, after the story has begun to gain traction (thanks to reports by conservative media outlets) and VIPs such as the Reverend Al Sharpton and Philadelphia Mayor Michal Nutter are speaking out against violence that has left many injured and some dead, the media has latched onto the theory that there is no such trend of violence.

For example, writer Emma Roller, in an essay published on Slate.com, calls reports about a knockout game trend are a “fallacy” and “the type of story meant to animate the deepest recesses of our lizard brains.”

Other media is joining in the new angle with the mantra that the reporting of the conservative media is overblown.

Roller admits the knockout game “definitely exists,” but claims it is just a “new scare” created by the conservative media.  Her defense seems motivated in wanting to also dispel the notion that many of the perpetrators are black youth.

Interestingly, Roller uses this example to make her point against the knockout game coverage:

Imagine if another national “journalist” started doing the same for, say, any crime committed in Alabama, or any arson charge in the country.  People would start to think Alabama was going through a crime epidemic, or that arson was becoming all the rage with criminals.  That would be ridiculous, because it’s ridiculous to assume that a few unrelated counts of arson make arson an epidemic.

While not acknowledging it, this is pretty much what the mainstream media did in 1996 about an alleged arson epidemic targeting black churches.  The mainstream media was fully on board for that “new scare” — motivating banks to offer rewards for information on the prpetrators and President Bill Clinton condemning it in a national address.  But conservative writer Michael Fumento did some investigating and found that it was all a lot of hype.  In fact, Fumento said an activist group played fast and loose with fire statistics and “labeled fires as arsons that were not — all in an apparent effort to make black church torchings appear to be escalating.”

Considering this is almost the same thing that Roller is now accusing the conservative media doing with the knockout game, did she cite this apparently apt analogy?  Of course not — perhaps she was unaware that she had made, according to her obvious train of thought such an astute potential match.

, a member of the National Center’s Project 21 black leadership network, thinks the media was pointedly ignoring the problem, and now actively trying to disavow the problem even exists.  While George Zimmerman’s many traffic stops and other run-ins with the law considering to be breaking news by a mainstream media obsessed with the death of Trayvon Martin, deaths by senseless violence — now and in the past — are being swept under the rug by that same media.

It’s too much for Kevin to stand, who said:

It would seem that Slate’s Emma Roller has sought to create a straw man argument against conservative media now that Americans are learning about the “knockout game” through non traditional media outlets.

She seems to believe that the media — conservative or otherwise — should not sensationalize the rash of physical assaults taking place nationwide based on possible racial and religious profiling, because — in her opinion — there is no “trend” behind the attacks.  This is despite the fact that she admits the game does exist.

Well, Ms. Roller, hate crimes are hate crimes — and racism is racism in these cases since these youths allegedly know quite well who they are picking out as victims and why.  Let’s not make excuses for black youth or anyone engaged in racial and religious attacks, only to scapegoat conservative media for simply reporting it.

There are too many liberals who want to assume the sole responsibility for determining what constitutes racial and religious intolerance.  But the facts don’t lie.  This is real.

It’s time to admit that the knockout game is a problem.  Parents inside the black community need to help solve it by telling their children that these attacks are wrong, and that they could end up with the loss of their lives for a quick thrill among their friends.