ConservativeBlog.org
Posted at 08:08h in Blog, Health by David Hogberg

That is the the lens through which one should view the video “Forget About the Price Tag,” the winner of the Dept. of Health and Human Services ’ Healthy Young America video contest in which people submitted and the public voted on videos designed to sucker encourage young people to purchase an insurance plan on the exchange.

A few thoughts.  First, if you have to sell something by telling the target consumer to “forget about the price tag,” isn’t that a tacit admission the product is overpriced?  I’m hard pressed to think of the last time a commercial made a similar pitch.  The reason, I suspect, is advertisers know that if you encourage people to ignore the price of what you’re selling, most of the public, including younger people, see multiple red flags flying up the poles. 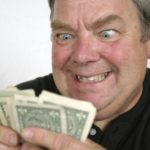 In the end, I doubt the young are that easily fooled.  For more, see Jeffrey Anderson in The Weekly Standard.