ConservativeBlog.org
Posted at 11:54h in Articles, Blog by David Almasi 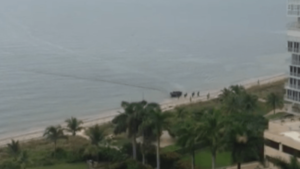 On the 1/7/14 edition of “America with Jorge Ramos” on the Fusion network, Project 21 member Stacy Washington talks about the high-profile hiring of a new black female member to the cast of the “Saturday Night Live” comedy show.

Over the past several months that preceded the hiring of Sasheer Zamata, the show’s executives were criticized (to the point they even chose to make fun of themselves on the show) for lacking a regular black female comedian since 2007.

Stacy suggested to Ramos and co-host Mariana Atencio that the shaming the producers received should have been unnecessary because there are plenty of funny people out there who happen to be black and female.  There should not have been a de facto affirmative action policy imposed on the show when a simple search of the Internet could find plenty of qualified and diverse talent.