18 Jan 2014 Planet Hasn’t Warmed Since 1997, Yet Senators Fret the News Media is Covering Actual Crises Instead of Climate Change 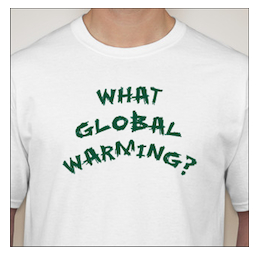 Apparently unaware of the scandal in Britain brought about by that government’s decision to interfere in its news media’s coverage of global warming and climate change, at least two U.S. Senators, Bernie Sanders (I-VT) and Brian Schatz (D-HI), are trying to use the influence of their elected offices to pressure TV networks to convince others to agree with the Senators on climate change.

Senate Democrats pledging to get more aggressive on climate change will soon pressure the major TV networks to give the topic far greater attention on the Sunday talking-head shows.

“It is beyond my comprehension that you have ABC, CBS, NBC, and Fox, that their Sunday shows have discussed climate change in 2012, collectively, for all of eight minutes,” Sanders said, citing analysis by the liberal watchdog group Media Matters for America.

Sanders mentioned the letter during a press conference with most other members of Senate Democrats’ new, 19-member Climate Action Task Force…

Let’s see. ObamaCare is a mess, Medicare and Social Security are insolvent, intolerably high numbers of Americans can’t find work, Afghanistan and Iraq remain in crisis with Americans dying in the former, Iran is progressing on building nuclear weapons and continuing to threaten Israel, Syria is in a civil war, the federal debt is untenable, the NSA is spying on Americans and allied leaders and our President apparently was unaware, numerous serious federal government scandals are being covered up, and the planet hasn’t been warming since 1997, and U.S. Senators want to address just the last point, as they play as if they are producers for Sunday morning TV talk shows?