23 Jan 2014 Will White People Get the Good Pot?: Silly Racial Concern of the Day

ConservativeBlog.org
Posted at 08:54h in Articles, Blog by Amy Ridenour 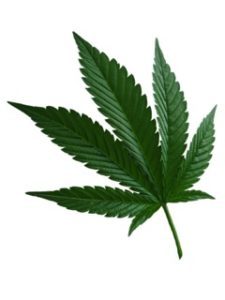 In a “The Root” column, Legalized Marijuana: Will White People Get the Good Pot?, writer Charles Ellison worries:

What kind of weed will certain populations get? Will market forces command higher grades of pot sold to some and lower grades sold to others? Suburban (and mostly white) teens will have little need to venture into the hood for dime bags. The legal purchase of quality cannabis could be one sprawling town center away.

Could that pose serious problems for underserved populations? Low-income, working- and middle-class communities of colors are already challenged by access to better housing, health care and groceries. But what happens when these populations access the marijuana marketplace for medicinal or recreational purposes? Will they be able to afford it?

Ellison is forgetting a basic law of economics: When demand for a product goes up, supply increases. Marijuana is a plant. If recreational use of it is legalized and demand does go up, supply will increase. Because marijuana is easy to grow, it should be relatively easy for suppliers to keep up with demand.* Thus, the price will fall.

So the poorer folks, regardless of race, should be able to get their fair share of marijuana, probably less expensively than they can now.

Which brings me to a concern of Ellison’s I think is right on the mark:

…while pressed to keep young black people out of prison for pot possession, we’re not asking if we’ll be OK when our kids suddenly having greater access to it. Grumpy Sunday preachers might think that sagging jeans are a big problem—just wait till legal weed drops. Marijuana use is currently at 50 percent for Latino teens and 40 percent for black teens…

Smoking marijuana isn’t healthy. Anecdotally (and in my observation), it tends to make clever people stupid. We ought not be wondering if white people are going to get “the good pot” as much as we are wondering why — legal or not — we would ever worry that anyone can’t get it.

*At least until the trial lawyers and states attorneys general start demanding a cut, claiming marijuana use raises Medicaid and Medicare costs.