ConservativeBlog.org
Posted at 06:17h in Articles, Blog by David Hogberg

Read it here this morning.

2. Maybe the Hatch-Burr-Coburn health plan did do some good. I don’t think much of their health care plan for reasons I list here.  But, perhaps by releasing it a day before SOTU, it prevented President Obama from saying the Republicans “don’t have a plan.” Or maybe the President has just gotten tired of saying that. Or maybe he realized he couldn’t say it in a direct way and so said, “We all owe it to the American people to say what we’re for, not just what we’re against.”

Moreover, we can take the money we save from this transition to tax reform to create jobs rebuilding our roads, upgrading our ports, unclogging our commutes — because in today’s global economy, first- class jobs gravitate to first-class infrastructure. We’ll need Congress to protect more than 3 million jobs by finishing transportation and waterways bills this summer. That can happen.

But — but I’ll act on my own to slash bureaucracy and streamline the permitting process for key projects, so we can get more construction workers on the job as fast as possible.

Why?  Because STIMULUS worked out so well the first time! 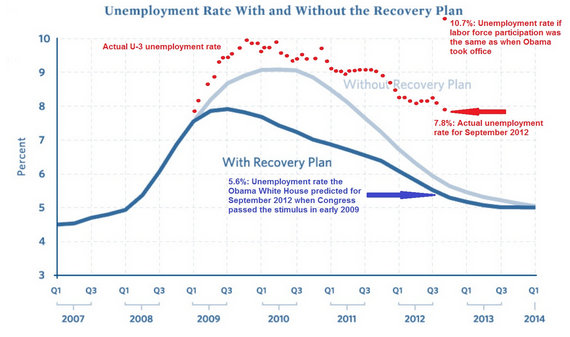