ConservativeBlog.org
Posted at 04:42h in Blog, Health by David Hogberg

Jonathan Cohn wasn’t the only one who tried to make the Congressional Budget Office’s Budget and Economic Outlook look rosy, despite the fact that it was a major blow against ObamaCare.

Steve Benen, producer of the Rachel Maddow show, dutifully repeated all the progressive talking points, including, “For Obamacare critics, the law has increased part-time employment over full-time employment. The CBO found ‘there is no compelling evidence’ to support the argument.” 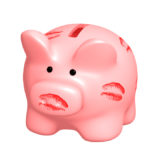 What Benen is referring to here is the ObamaCare employer mandate that requires businesses with 50 or more full-time employees (full-time defined as working 30 hours or more a week) to provide their employees with health insurance or pay a penalty.  Alas, what the CBO actually said about the employer mandate was a bit more complex than Benen let on:

In CBO’s judgment, the costs of the penalty eventually will be borne primarily by workers in the form of reductions in wages or other compensation—just as the costs of a payroll tax levied on employers will generally be passed along to employees. Because the supply of labor is responsive to changes in compensation, the employer penalty will ultimately induce some workers to supply less labor.

In the next few years, however, when wages probably will not adjust fully, those penalties will tend to reduce the demand for labor more than the supply. In the longer run, some businesses also may decide to reduce their hiring or shift their demand toward part-time hiring—either to stay below the threshold of 50 full-time equivalent workers or to limit the number of full-time workers that generate penalty payments. But such shifts might not reduce the overall use of labor, as discussed below.

In short, the employer mandate could induce some workers to work less and some businesses to hire less.  It’s just uncertain at this point.

In CBO’s judgment, there is no compelling evidence that part-time employment has increased as a result of the ACA. On the one hand, there have been anecdotal reports of firms responding to the employer penalty by limiting workers’ hours, and the share of workers in parttime jobs has declined relatively slowly since the end of the recent recession. On the other hand, the share of workers in part-time jobs generally declines slowly after recessions, so whether that share would have declined more quickly during the past few years in the absence of the ACA is difficult to determine. In any event, because the employer penalty will not take effect until 2015, the current lack of direct evidence may not be very informative about the ultimate effects of the ACA. (Italics added).

Thus, the CBO has not by any means closed the book on the effect of the employer mandate.  Rather, it doesn’t expect to have any direct evidence until after 2015.

And yes, the evidence right now on the employer mandate is anecdotal.  But progressives should be a little worried, since there are at least 401 anecdotes.