ConservativeBlog.org
Posted at 03:59h in Blog, Health by David Hogberg 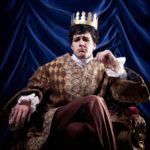 It’s getting to be a sad joke.  Any provision of ObamaCare that the Administration finds politically inconvenient is suspended regardless of whether the president has the authority to do so.  The latest is the decision to suspend the employer mandate in 2015 for companies with 50 to 100 employees.

From delaying the employer mandate the first time, to allowing people to sign up for insurance until March 31 and avoid the individual mandate penalty, to the Congressional opt-out, this president has made changes to ObamaCare for which he has no statutory authority.  The Galen Institute lists ten such changes here.  It’s up to eleven with yesterday’s announcement.

Galen’s Grace-Marie Turner calls this “One More Delay Closer To Obamacare’s Demise.”  “This delay,” she says, “is a tacit admission by the administration of the damage and distortions the law is causing in the employer community. The only solution to the law’s problems, of course, is permanent relief, through repeal.”  She very likely right about that,  You can only pick so many parts out of a contraption before you have to admit the contraption doesn’t work.

But while ObamaCare’s will likely be repealed, the larger question is what does this do to the “rule of law”?  Rule of law is the bedrock of any free society.  People need to know what the rules are on a day to day basis without worrying that those in power can arbitrarily change them.  Thus far, I only see a few people on the right talking about this.  On the left, well, here is Jonathan Cohn’s reaction to the latest ObamaCare delay: “…if you want to curse the employer requirement altogether, you’ll have plenty of company. Most economists and policy experts don’t like it either. But this decision shouldn’t make much difference in how many Americans ultimately get health insurance.”  Yes, whether it harms the expansion of insurance coverage.  That’s what really matters here.

The political left needs to realize that their guys (and gals) won’t be in power forever. Don’t count on the next Republican in the White House to scale back the limits that Obama has pushed. No doubt the liberal intelligentsia will whine and moan when the next GOP President oversteps his authority, but who will take them seriously after they ignored the transgressions of Obama?

I was on a radio program a few days ago when the host asked me what can be done about it.  My advice was don’t look to the elite.  Rather, average citizens need to start showing up at townhall meeting and demanding that their representatives ensure that the president obeys the law.  They need to insist that Congress scales back the President’s power so he has less ability to issue dictates executive orders.

That’s how we restore rule of law as a bedrock of a free society.

Editor’s note: We realize there is an error in the headline, as the word “flaunts” was published when the word “flouts” was intended. However, due to software limitations, we cannot fix the headline without changing the URL, which would break the links many of our readers have placed on their websites, Facebook pages and so forth. So we have left the headline as it is, and we apologize for the error.