ConservativeBlog.org
Posted at 03:30h in Blog, Health by David Hogberg 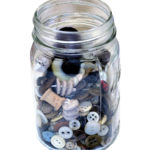 1. Trial Lawyers Bonanza!  Economist and president of the National Center for Policy Analysis John Goodman notes the following about the new regulations on ObamaCare’s employer mandate:

The new delay in the employer mandates only apply to employers who don’t reduce their labor force…unless…here is a Q&A on the regulation:

In order to be eligible for the relief, an employer must certify that it meets the following conditions:

(2) Maintenance of Workforce and Aggregate Hours of Service. During the period beginning on Feb. 9, 2014 and ending on Dec. 31, 2014, the employer may not reduce the size of its workforce or the overall hours of service of its employees in order to qualify for the transition relief. However, an employer that reduces workforce size or overall hours of service for bona fide business reasons is still eligible for the relief.

In the title Goodman writes that “you would have to be pretty dumb not to be able to think of a ‘bona fide business reason.”  That’s true, but trial lawyers would have to be pretty dumb to not realize that “bona fide business reason” is so vague that it will provide them with plenty of opportunities to sue businesses with big pockets.  And in my experience, trial lawyers aren’t THAT dumb.

2. Well, Those Rural Folk Didn’t Vote For Obama Anyway.  I missed this one in the Washington Post from almost two weeks back. Apparently consumers in rural Georgia are finding insurance pretty pricey on the ObamaCare exchange:

If Lee Mullins lived in Pittsburgh, he could buy mid-level health coverage for his family for $940 a month. If he lived in Beverly Hills, he would pay $1,405.

But Mullins, who builds custom swimming pools, lives in southwest Georgia. Here, a similar health plan for his family of four costs $2,654 a month.

3. ObamaCare Brings Some People Sadness…  The Massachusetts exchange is not going well, according to the Boston Globe:

The head of the state’s beleaguered health insurance marketplace, which was once a national model, broke down in tears Thursday, as she described how demoralizing it has been for her staff to struggle with a broken website that has left an unknown number of people without coverage.

Jean Yang, the executive director of the Massachusetts Health Connector, wept at a board meeting, where it was disclosed that 50,000 applications for health insurance are sitting in a pile, and have yet to be entered into a computer system.

Wish I could say I feel sorry for her.

4. …And Brings Other People Joy.  I’m not one who generally enjoys this sort of schoolyard taunt, but given how arrogant the defenders of ObamaCare have been, in that context this bit of schadenfreude by John Podhoretz is spot on:

I could rage on and on about Monday’s gobsmacking announcement that the Obama administration is once again unilaterally delaying a key aspect of its health-care law and what this act of astonishing royalism suggests about the president and his fundamental disrespect for the American system of checks and balances.

But I’m not going to. Instead, with all the dignity that a 52-year-old man and father of three can bring to the task, I will offer these observations instead:

Face it, all of you who celebrated and wept and danced when it passed back in March 2010, all of you who viewed it as the historic moment of transformation for the United States: This law is a lemon.

As Bart Simpson once said, “I didn’t think it was physically possible, but this both sucks and blows.”

5. Maybe “Substandard” Insurance Isn’t So Substandard After All.  Some Congressional supporters of ObamaCare and insurers are pushing a new type of plan that could be sold on the exchanges.  Dubbed a “copper” plan, it would, according to the Wall Street Journal, “cover, on average, 50% of medical costs, and while consumers’ out-of-pocket expenses would still be capped, that limit likely would be higher than the $6,350 maximum for individuals and $12,700 for families currently set by the law.”

“I’m not sure that requiring people who have insurance to nevertheless pay for 50% of their costs themselves can reasonably be defined as decent coverage,” said Jay Angoff, the first head of the Department of Health and Human Services office that is overseeing the implementation of insurance provisions in the law.

I am completely sure that bureaucrats, politicians, pundits and others who think they are entitled to run our lives should NOT be deciding what is and is not “decent coverage.”  That should be left to the individual consumer who pays the cost for that coverage.

6. We Need Single-Payer...like we need a hole in our head.  What would an Odds & Ends be without a quick look at the recent goings on in that British gem of health care, the National Health Service?

-First up is Barnet Hospital whose administrators insisted their A&E Department (similar to an Emergency room in the states) was well prepared to cope with an influx of new patients after the A&E Dept. at nearby Chase Farm hospital closed down on December 9.  “But less than seven weeks later, Barnet Hospital was left crippled by the huge number of walk-in patients and ambulance arrivals on Friday, January 31, a letter leaked to the Times Series has now revealed.

“At the height of the crisis, ambulances were left queuing outside the hospital and, by 2.30pm, 19 had been left unable to transfer their patients because of the drastic bed shortage.”

-Colchester Hospital is in the midst of a scandal after “a health watchdog found ‘inaccuracies’ with waiting time data relating to cancer treatment.” Staff  told an investigating committee “they were ‘pressured or bullied’ to change data relating to patients and their treatment in order to make it seem people were being treated in line with national guidelines.”  The committee stated that “patients’ lives may have been put at risk.”

-Although incidence of brain cancer are on the rise in Britain, the NHS has proposed shutting down two-thirds of the “of stereostatic radiosurgery units – specialist brain tumour treatment centres.”  Increasing demand for a service yet the supply is reduced—government health care at its finest!