It is a sign of the unseriousness of the mainstream media that the NBC program “Meet the Press” will be hosting a climate debate featuring a person who plays a scientist on TV.

Yes, tomorrow it is “Bill Nye the Science Guy” versus Rep. Marsha Blackburn (R-TN) on “Meet the Press.”

In short, he doesn’t do it very well.

In this post, I discussed three television appearances by Nye over the past year, with links. The final one I discussed was a December 2012 debate between Nye and Marc Morano of CFACT on CNN’s “Piers Morgan Tonight” in which Morano, metaphorically speaking, massacred Nye. I wrote, “not long into the interview, Piers Morgan essentially took over for Nye. My sense is that, for all that he talks about climate issues often, Nye does not follow them closely, and I suspect Piers Morgan has reached the same conclusion.”

To steal part of a line from Muhammad Ali, Morano beat Nye so bad, Nye needed a shoehorn to put his bow tie back on.

Yet, not only did CNN book the interview, MSNBC did, and Fox hosted a rematch, and now NBC is doing it on one of its most serious shows. Clearly, these shows aren’t looking for a solid debater, as there are serious scientists who believe humans are causing catastrophic global warming (just not anywhere near 97% of all climate scientists) who would jump at the chance to debate on TV. But given a choice between conveying information or booking a celebrity, the news media prefers the latter.

I’m not saying Mr. Nye isn’t a clever man. According to media reports, he has a degree in mechanical engineering and has earned patents for devices that are complicated and useful. But he’s also someone who has spent much of his life as an entertainer, and that’s no way no hone debate skills.

The TV show “Bill Nye the Science Guy” may have been about science, but it was science for kids and Nye had script writers. And before that, Nye spent time doing a little comedy show in Seattle, playing such characters as “speed walker.” (Click here to see video of Nye as a super-walking superhero in short-shorts.) 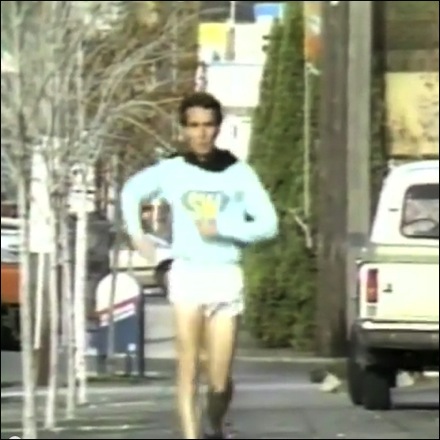 Marsha Blackburn is a serious congresswoman who has kept her brain at peak condition. Nye has “phoned in” his previous TV debates on climate. I suspect he is capable of upping his game, but will he bother, knowing that media outlets like NBC, CNN and MSNBC will book him whether he works hard or not? So far, he hasn’t.

Speaking as a climate skeptic, I suspect this debate is going to be fun.

Too bad only the Blackburn half is likely to be educational.

Editor’s note: This post has been edited to reflect the fact that Nye and Morano debated once on CNN and once on Fox, not twice on CNN.