ConservativeBlog.org
Posted at 14:58h in Blog, Health by David Hogberg

Two major takeaways from today’s exchange enrollment report from the Dept. of Health and Human Services. 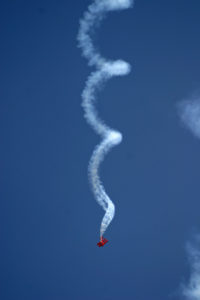 First, the number of “young invincibles,” those ages 18-34, didn’t increase as part of the overall risk pool.  It was 25 percent at the end of January and is 25 percent at the end of February.  Currently there are about 4,242,325 people enrolled in the exchanges, of which 1,075,990 are ages 18-34.  The Obama Administration has predicted that it will need at least 38 percent of enrollees to be young invincibles to avoid a death spiral.  The exchanges would have to enroll about 860,000 18-34-year-olds in March to reach that 38 percent mark—and that assumes that no one of any other age enrolls.  Thus, the smart money is on the ObamaCare exchanges falling a little short of that mark.

It should be noted that the Kaiser Family Foundation has released an analysis saying that the lack of young invincibles will only result in a small increase in premiums on the exchanges.  I’ll discuss that more at a later date, but for now that analysis can be read here.

Why does this matter for the death spiral?  Because so many enrollees choosing silver plans suggests that the risk pool may be sicker than is optimal. For enrollees at or below 250 percent of the federal poverty level, silver plans tend to offer the most coverage for the lowest price.  For persons under 250 percent FPL, ObamaCare offers help with copays and deductibles, but only if the consumer chooses a silver plan. The actuarial value for a silver plan is 70 percent (that is, a silver plan must, on average, cover 70 percent of a policyholder’s medical claims), but when the subsidies for cost-sharing are included, the actuarial value rises to between 73 and 94 percent. As one writer notes, “Why would someone opt for a silver-level plan over a cheaper bronze or catastrophic-level plan? The most plausible explanation is that the enrollee anticipates incurring significant medical expenses over the coming year, which is to say that he’s not healthy.”

I could say more, but why, when Doug Badger has already provided such cogent analysis on other aspects of the enrollment report?