ConservativeBlog.org
Posted at 09:20h in Blog, Health by David Hogberg

The Department of Health and Human Services reported today that enrollment in the ObamaCare exchanges had reached 6 million.

On Wednesday the Administration said that the March 31 deadline would be extended into April for people who had trouble signing up through the website.  But, well, that was yesterday.  From today’s HHS release:

Millions of Americans have gotten health coverage through the Marketplace in the last five months. And there is still time left for you to join them.  But you need to act now.  The deadline to enroll for coverage this year is Monday, March 31.

Of course, once March 31 rolls around, HHS will probably say that there is still time to sign up.  Oh well…if you haven’t noticed that the Administration is making this stuff up as it goes along, then you don’t have a pulse.

There are still plenty of things we don’t know about enrollment, which makes today’s 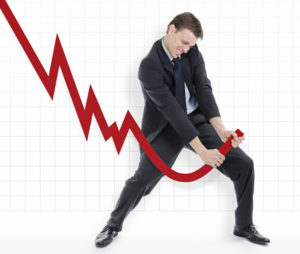 announcement highly suspect.  Most important, how many people have not paid their first premium?  The New York Timesreports that number may be as high as 20 percent.  If so, then true enrollment would be closer to 4.8 million.  This matters if for no other reason than it allows the Administration to claim success.  If the true number is 6 million, then Administration lackeys will say, “Hey, look how close we got to 7 million.”  However, if it’s under 5 million, they won’t have much to cheer about.  Indeed, it’s fodder for critics.  Although it’s pretty clear that the Administration has this information, don’t count on them releasing it, especially if it isn’t good.  Rather, will have to wait until insurers start releasing their numbers.

Another important matter we don’t know is how many people who were previously uninsured have signed up on the exchanges.  Estimates vary from 10 percent to 35 percent.  If we assume that there are 6 million enrollees (based on the previous paragraph, that’s a very generous assumption), then the number of uninsured who now have coverage via the exchanges ranges from 600,000 to 2.1 million.  That’s a far cry from 8 million uninsured who would be getting coverage through the exchanges, according to the Congressional Budget Office back in 2012.  Additionally, at least 4.7 million people on the individual market received cancellation notices late last year.  If the number of uninsureds now on the exchange is on the low side, and 13 percent of those who lost coverage in 2013 decide to go without insurance this year, then the impact on the total number of uninsured is a wash.

A few thoughts on the death spiral:

First, increasing enrollment doesn’t mean a death spiral is off the table.  It’s important to have a lot of young and healthy people—i.e. 18-34-year-olds—in the risk pool to keep it stable.  But the last enrollment report showed that 18-34-year-olds comprised only 25 percent of the exchange risk pool, a far cry from the 38 percent the Obama Administration estimates that it needs.  Of the 1.8 million people who signed up since the end of February, about 1.1 million of them (61 percent) would have to be in the 18-34-year-old range to reach 38 percent.

Second, yes, the Kaiser Family Foundation has found that lower than expected enrollment by 18-34-year-olds will have minimal impact.  If enrollment of that group is only 25 percent of the risk pool, costs will exceed premiums by only about 2.4 percent according to KFF.  However, others like Seth Chandler say KFF’s numbers are off, and costs will exceed premiums by 4.5 percent.

Another shortcoming of the KFF analysis is that it only accounts for age, but not gender.  Since women typically use more health care than men, it would be best for the exchanges of the number of men exceeded the number of women.  Thus, it is probably a bad omen that 55 percent of enrollees are women and 45 percent men in the last report.   And the disparity gets worse moving up the age brackets.  Of those ages 55-64 (those likely to have the most medical claims) who are enrolled, 59 percent are women and 41 percent men.

Finally, there is the warning signal of plan selection.  63 percent of enrollees have chosen a silver plan.  For enrollees at or below 250 percent of the federal poverty level (FPL), silver plans tend to offer the most coverage for the lowest price. For persons under 250 percent FPL, ObamaCare offers help with copays and deductibles, but only if the consumer chooses a silver plan. The actuarial value for a silver plan is 70 percent (that is, a silver plan must, on average, cover 70 percent of a policyholder’s medical claims), but when the subsidies for cost-sharing are included, the actuarial value rises to between 73 and 94 percent. As one writer notes, “Why would someone opt for a silver-level plan over a cheaper bronze or catastrophic-level plan? The most plausible explanation is that the enrollee anticipates incurring significant medical expenses over the coming year, which is to say that he’s not healthy.”

While there is disagreement among conservatives over whether a death spiral will occur, thus far most of the evidence I’ve seen points to one occurring.  That may be why insurers are warning premiums may double in some parts of the nation and why WellPoint Inc. will likely ask for rate increases in the double digits for 2015.