28 Mar 2014 Can The Employer-Based Tax Exclusion Be Reformed?

ConservativeBlog.org
Posted at 02:00h in Blog, Health by David Hogberg 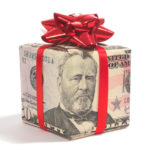 One of the biggest problems with the U.S. health care system is the tax exclusion for employer-provided insurance. It causes numerous inefficiencies, not the least of which is the purchase of more health insurance than is optimal resulting in higher health care costs.

But reforming it creates political problems.  If a politician suggests getting rid of it, he’ll quickly be attacked as someone who will cause those who get coverage through their employers to lose their insurance.  Senator Ron Wyden (D-OR) and then-Senator Bob Bennett of Utah proposed a health care bill in 2007 that changed the tax exclusion to a standard deduction for individuals.  That’s one reason their reform never got much political traction.

Here are a few ideas, perhaps only half-baked at this point, on how the tax exclusion can be reformed.

My proposal begins with giving employers the option of keeping their insurance with the tax exclusion or switching to a system of tax-free employee health accounts (EHA).  With an EHA, an employer would deposit the amount of money he would otherwise use to pay health insurance for an employee.  The employee could then use the EHA for any health care purpose including buying insurance.  The money in the EHA would belong exclusively to the employee.  He could bring it with him from job to job.

My proposal would give employers further flexibility by allowing them to offer each employee both access to the an insurance plan with the tax exclusion or an EHA.  In this scenario employees who liked their employer plan could stay in it, while employees who did not could take the EHA and purchase insurance they found to be more suitable.  New employees who came to the company and already had insurance they liked could opt for the EHA and use it to keep paying premiums on their policy, thereby enhancing portability.

I suspect that most employers would not take the EHA option initially.  Most employees with employer-provided insurance would keep it, if for no other reason to avoid employee backlash.  Over time, though, employers would want to get out of the health insurance game and would convert to EHAs, especially if health insurance costs started escalating very quickly which, under the current system, they eventually will.  Employees would become more agreeable to switching to EHAs as the rising price of health insurance caused the share they pay toward their coverage to grow.

More details of this proposal have to be worked out.  For the time being, I’d like to hear the reaction of readers to this.