30 Mar 2014 Should Conservatives Choose HHS Mandate, Climate Change Postitions Based on What is Likely to Win the Most Votes? 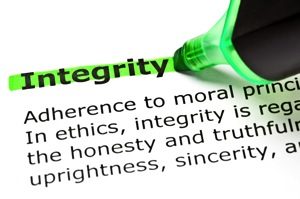 His thesis is that voters may be turned off the GOP if Hobby Lobby successfully challenges a federal regulation that they pay for drugs and devices for women that can halt the development of a fertilized human egg.

If Hobby Lobby wins in the Supreme Court, conservatives will stand with business owners who regard contraception as forbidden by their faith and exclude it from the health insurance they provide employees. As that policy is embraced by other religious capitalists, it will convey to everyone that if you use birth control, you’re at odds with Christianity and the Republican Party.

Chapman says, “getting your way does not always mean advancing your cause. Sometimes winning is a recipe for defeat.”

Don’t we have enough politicians in Washington and elsewhere who surrender their values to get one more vote, one extra donated dollar, one more bit of favorable publicity?

Why chide private business owners for not jumping into the cesspool with them?

Society is not suffering from a surfeit of ethics.

(And all this assumes, does it not, that the religious freedom position isn’t more popular with the public than the pro-HHS mandate position, which says certain employers must provide birth control, early abortion and sterilization procedures for women without co-pays, but not for men? And that the female employees must take part of their compensation in uterus-related services, even if they’d rather have cash?

Chapman’s made this sort of politics-trumps-policy argument before. In 2011, he wrote that Republicans should promote a carbon tax to appease voters. Never mind that a carbon tax is regressive, hurting the poor disproportionately, and that it wouldn’t do any good, because even if the human-caused catastrophic global warming theory turned out to be true, a U.S. carbon tax, even a steep one, wouldn’t have a measurable impact on global warming.

Some businesses want a carbon tax because they think it will prevent politicians from doing something even more damaging, such as cap-and-trade. Politicians don’t have even this argument. If they were to do what Chapman recommended — hurt anyone not made of money for no perceptible gain just to get votes — it would be wrong of them to do so.

Chapman isn’t the only person ever to make the argument that in politics doing what is popular is more important than doing what is right.

He and the others might defend their position by saying that if you don’t get elected, you can’t ever do what is right.

Yes, but if you have sold your soul before you even get elected, what are the odds that you will?