ConservativeBlog.org
Posted at 05:20h in Articles, Blog by David Ridenour 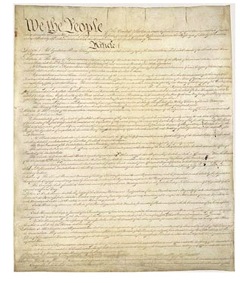 Rather than vilifying him, we should be encouraging more Americans of means to follow his example.

Regardless of your politics, regardless of whether you agree with his methods, you ought to agree with Mr. Koch’s objective of leaving America in a better state than he found it.

In today’s Wall Street Journal, Mr. Koch defends himself (finally!) from the big-government left’s slander of him and explains why he decided to engage in the political process.

It is definitely worth a read.

In case you’ve been living under a rock and missed it, the left decided that attacking Mr. Koch and his brother David makes for a better campaign strategy than trumpeting its successes with health care, the economy, U.S.-Russian relations, Iran and Syria.

Senator Harry Reid recently took to the Senate floor to call the Kochs “un-American” and accused them of trying to buy the elections. How were they doing this? Well, by having the chutzpah to participate in political campaigns like everyone else.

We should probably cut Reid a bit of slack for the comments. He’s apparently more familiar with the rental market.

Mr. Koch does a great job in his column knocking down many of the left’s attacks on him.

He demolishes the oft-repeated claim that he’s one of the nation’s worst polluters, noting that since 2009 alone, his company has earned “over 700 awards for environmental, health and safety excellence… many of them from the Environmental Protection Agency and Occupational Safety and Health Administration.”

He also effectively rebuts the claim that he’s involved in the political process so that he can influence federal policy to his financial benefit. He notes, for example, that despite the fact the Koch benefits from the ethanol mandate, he favors its repeal because it drives up food and energy prices and hurts consumers.

What Mr. Koch doesn’t mention in his article, but which I think is important, is that he and his family are engaged in very many philanthropic and charitable activities unrelated to his political activities.

The Koch foundations provide millions upon millions of dollars, for example, to colleges and universities – some 300 of them!

The left has created a caricature of Mr. Koch that is designed to vilify him, discredit him and, yes, even incite violent action against him. That’s a tactic used by despots, not true democrats.

Mr. Koch is repaying the America that has been so good to him by spending his own wealth to ensure that future generations have the same freedoms and same economic opportunities that he did.

For this, he deserves our gratitude, not our condemnation.

We have a Koch… two, actually… Now where’s that smile?

Note: Mr. Koch does not underwrite our work nor do we have any expectation he ever will.