12 Apr 2014 Why is the American Geophysical Union Prioritizing Climate Alarmism Over Scientific Inquiry? 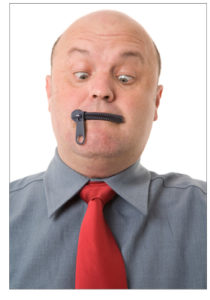 I had a comment rejected by a blog of the American Geophysical Union (AGU) last night because I included within it a link to a blog post by a climate scientist, Dr. Roger Pielke, Sr., who has over 370 peer-reviewed articles in scientific journals to his name.

Any aspersions this casts on the AGU’s objectivity and spirit of scientific inquiry are entirely earned.

Climate alarmists — those who believe humankind is dramatically affecting the climate in a very harmful way — have often censored contrary views (e.g., routinely deleted comments at the uber-alarmist blog Real Climate; the revelation in Climategate that alarmist scientists were prepared to “redefine what the peer-review literature is” or shut down academic journals if they published skeptics’ papers; the decision by various publications and websites including Popular Science, the Los Angeles Times and Reddit to block comment postings by skeptics; among others).

Despite this, I did not expect my rather casual comment to the AGU blog to be censored. In it, I provided a link to a paper praised by the blog‘s author, Dan Satterfield. The blog post itself had encouraged people to read the paper, but a linking error prevented full access to the paper itself at a spot where such a link was advertised. I supplied one.

But in a move that proved fatal to my comment, I also included a link to comments by Dr. Pielke, Sr. questioning the methodology of the paper recommended by the AGU post.

I know this because Mr. Satterfield sent me an email highlighting the following from his blog’s comment policy: “I do not publish links to junk science papers/sites. This is not a platform for you to publicize junk science.”

Let us examine what constitutes “junk science” to the AGU and/or its representative.

Mr. Satterfield was promoting a 2010 paper, Anderegg et. al., 2010, “Expert Credibility in Climate Change,” whose lead author was a graduate student, which attempted to claim scientists who are alarmist on global warming are more prominent than those who are not by counting the number of journal papers with the word “climate” in them, per scientist, that pop up in Google.

Dr. Pielke, Sr., who is not, as it happens, a skeptic of the theory that humans are having a strong impact on global climate (though he does believe the IPCC underestimates the impact on climate of humans’ use of aerosols and land, which irritates some anti-CO2 activists), believed the Anderegg paper had weaknesses. He commented on this in a 2010 blog post and provided links to comments by other experts unconvinced of the strength of the Anderegg paper.

One of those, Science magazine reporter Eli Kintisch, writing on the American Association for Advancement of Science website, explained three criticisms of the paper’s methodology:

The AGU blog didn’t want its readers to know of these and other criticisms.

And it’s not as if the AGU blog post itself was high-minded and limited only to discussions of peer-reviewed science.

My blog comment was nothing special, nor was the blog post upon which I commented. But it is important to note how little it takes for an AGU blog to censor an opposing view, even about a study as unremarkable as one that counts the number of papers scientists publish (aka, a study not even about hard science!).

The American Geophysical Union stands with a small clique of “approved” alarmists on global warming, and it wants to make sure you do, too.