ConservativeBlog.org
Posted at 04:25h in Blog, Health by David Hogberg

Hat tip to Walter Russell Mead who points to this article in the New York Times about physicians in Texas who have switched to “all-cash” (that is, they don’t take insurance) practices:

For 12 hours a day, the waiting room at Dr. Gustavo Villarreal’s family practice is packed with patients who pay a flat $50 fee for the convenience — or necessity — of a walk-in, quick-turn doctor’s visit….

“It had always been affordable and possible to maintain a practice with what insurance and patients paid, but about 10 or 15 years ago, you started seeing a decline” in revenue, said Dr. Villarreal, who switched his traditional family practice to its current business model in 2012.

But, as Mead warns, “now that Obamacare is swelling the ranks of the comprehensively insured, doctors who don’t take insurance are increasing the pressure on the system. There’s a hint in the NYT piece that other doctors think it’s irresponsible for their colleagues to stop taking insurance just as the Obamacare rollout promises to strain practices and hospitals past capacity.”  I’ll include the “hint” at the end of the post. 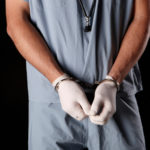 Restricting the choice of patients to use direct pay physicians—something that won’t happen soon, but is a very real threat the longer Obamacare remains in place—is not limited to Obamacare.  A while back NCPPR published a study I did on physicians in Medicare.  In it, I recounted the story of Dr. Juliette Madrigal-Dersch who runs a cash-only practice near Austin, Texas.  When she initially began her practice, she took Medicare but not other forms of insurance.  Eventually she decided to drop Medicare.  Here are the hoops she has to go through to stay out of Medicare:

To leave Medicare, you actually have to do quite a bit of paperwork,” [Dr. Madrigal] said. She turned to the Association of American Physicians and Surgeons (AAPS), an interest group that in recent years has helped physicians exit Medicare. The AAPS recommends that the physician first tell her Medicare patients that she is leaving Medicare. Second, the physician must file an affidavit stating that while she is opting out of Medicare she “will provide services to Medicare beneficiaries only through private contracts,” and “will not submit a claim to Medicare for any service furnished to a Medicare beneficiary during the opt out period.” The affidavit must be sent to all of the private companies that handle Medicare claims in the physician’s state.

Even though she dropped out of Medicare, Dr. Madrigal’s hassles with the government haven’t ended. The “opt-out” period only lasts for two years, so Dr. Madrigal must re-file up-to-date affidavits biennially. She must make sure that her Medicare patients sign new contracts every two years as well.

That is the nature not just of Medicare or Obamacare, but of government in general.  It may let consumers and providers have choices, but they must be the correct choices as defined by the politicians and bureaucrats.  Making choices outside the government system, even when it is legal, is frowned upon, and so politicians and bureaucrats make getting out as cumbersome as possible.

Doing something like forcing physicians to accept exchange policies won’t happen in the current policial environment.  Any politician suggesting that would likely get hammered this November, if not November 2016.  But political environments change, and when health care is no longer the salient issue it is today, politicians will try to slip regulations into large bills that begin us on the path of forcing physicians to take exchange policies.

It’s another reason why repealing Obamacare is so important.

Here’s the part of the Times article that hints at trouble for physicians with all-cash practices:

Some health care specialists worry that if too many practitioners choose this path, the state could be left struggling to find doctors to accommodate patients with insurance as the federal health care overhaul is making such coverage mandatory for most Texans. So far, efforts to enroll Texans in the federal insurance marketplace — crucial to the success of the Affordable Care Act — have made a small dent in the state’s uninsured population, which has reached 6 million, according to United States Census Bureau data. The federal Department of Health and Human Services reported that 295,000 Texans had signed up for insurance coverage in the federal marketplace as of March 1.

“We have to find ways of stretching the current number of primary care doctors to meet that demand,” said Dr. Clare Hawkins, president of the Texas Academy of Family Physicians. “Direct primary care goes in the other direction.”