16 Apr 2014 Myth: America Had A Free-Market Health Care System Prior To ObamaCare

It appears that the second greatest trick the Devil ever pulled was convincing lots of Americans that they had a free-market health care system prior to ObamaCare.  That became evident after I received this tweet the other day:

That fact is even prior to ObamaCare the U.S. did not have anything close to a free-market in health care. To see this, it’s best to examine the government interventions in health care and then ask to what extent other markets have that level of interference.

1. Tax Exclusion For Employer-Provided Insurance.  The tax exclusion was the result of wage controls during World War II—employers couldn’t attract employees by raising wages, so they attracted them by offering tax-free health insurance—and was formalized into law in the 1950s.  It’s long been known the tax exclusion encourages employees to purchase more insurance than they otherwise would, since every extra dollar put into insurance is tax free while every extra dollar of income is taxed at the marginal rate.  More generous coverage leads to overuse of health care.  It also creates other inefficiencies, such as letting the employer choose insurance for the employee, instead of the employee finding the insurance that best suits him.  Number of other markets where you get a tax break for buying a product but only if you buy it through your employer? Zero.

2. ERISA.  The abbreviation for the Employee Retirement Income Security Act, it permits companies that self-insure to avoid having to conform their insurance to state regulations.  Since usually only large firms—100 employees or more—are capable of self-insuring, it gives large firms an advantage over other firms.  (For more on ERISA, go here.) ERISA, combined with the tax exclusion, also results in a three-tiered system of health insurance: 1. Larger firms that can self-insure avoid state regulations and make use of the tax exclusion; 2. Small firms that can still make use of the tax exclusion but must buy insurance that conforms to state regulations since they seldom can self-insure; and 3. The individual market in which individuals get no tax break for insurance and must follow state regulations.  Number of other markets that have a three-tiered system for a service or product? Zero.

3. McCarran-Ferguson.  This law dates back to 1945 and it has the effect of allowing states to prohibit the sale of insurance across state lines.  This protects states from having to engage in regulatory competition—i.e., which state can come up with the lightest regulations that make the cost of selling insurance cheaper—and protects big insurers in those states from having to face out-of-state competition.  The loser in all this is the consumer who must buy more costly insurance.  Number of other markets where you cannot buy a product or service out of state? Zero. 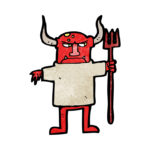 4. STARK  The STARK laws, named after former-Congressman Pete Stark, prohibit physicians from receiving Medicare or Medicaid payments for any medical facility they have an ownership stake in.  Obviously, this makes it very difficult for physicians to own medical facilities.  Stark first targeted physicians who owned or were partial owners of their own labs.  It reached its culmination under ObamaCare which forbids Medicare and Medicaid payments going to hospitals owned by physicians.  The supposed justification for this was physicians would encourage patients to overuse health care, thereby putting more strain of government budgets.  The evidence for this has always been shaky.  The likely reason is that big lab companies and big hospitals wanted to stamp out competition.  Yet physicians are often best-suited to own medical facilities because they spend so much time working in them.  This gives physicians the experience to know how a hospital can improve its service for patients.  Ownership enables them to to put that knowledge into practice.  Unfortunately, the STARK laws largely end that sort of innovation.  Think of it this way: It would be the same as having laws that say attorneys can’t own law firms, auto mechanics can’t own car repair shops, bankers can’t own a bank, and so on.  Think that would improve or hinder those markets?  Number of other markets in which practitioners can’t own their facilities? Zero.

5. Medicare, Medicaid and Other Government Programs.  In 2012 the U.S. spent $2.793 trillion on health care.  Medicare, Medicaid, S-CHIP, Veterans Affairs and other government programs accounted for almost $1.098 trillion of that.  So, just under 40 percent of our health care expenditures go through government where politicians and bureaucrats decide how they are spent instead of physicians and patients making such decisions exclusively.  Number of other markets where government controls at least 40 percent of the resouces: I can think of a few, such as education and defense.  In most other markets consumers control most of the resources.

That is an incomplete list. There are plenty of other federal laws that apply to health care and health insurance such as CLIA, COBRA, HIPAA, the HMO Act and the Mental Health Parity Act. (Am I forgetting a few?  Probably). Then there are laws on the state level like benefit mandates, certifcate of need, and, in some states, guaranteed issue and community rating.

Few other markets have anywhere near the government interference and meddling that health care does.  And, remember, all of this came into being well before ObamaCare.

For more on this see Greg Scandlen’s “100 Years Of Market Distortions.”

UPDATE: For even more on this, see Rituparna Basu’s “The Broken State of American Health Insurance Prior to the Affordable Care Act.”