ConservativeBlog.org
Posted at 03:48h in Blog, Health by David Hogberg 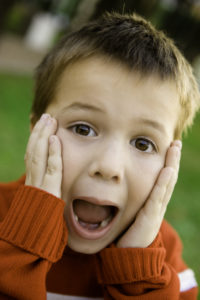 Well, put on your shocked faces my friends.  The Obama Administration sent out an email about an hour ago touting all of the accomplishments of ObamaCare and—are you sitting down for this?—the email contained phony statistics!

You can see the email here.  Here is the second bullet point:

3 million young adults gained coverage thanks to the Affordable Care Act by being able to stay on their parents plan.

Regular readers of this blog know that about two weeks ago NCPPR released a study showing that the 3 million number was bogus.  It used both private and public sources of coverage and had not been updated since June 2012.  Correcting the numbers show that not more that 2.64 million young adults have gained coverage via their parents plan.

Additionally, using Census Bureau data (the Administration used a survey from the Centers for Disease Control), showed that not more than 258,000 young adults had gained coverage under their parents plan.  I concluded that “we have no clue how many young adults have gotten coverage this way, and the numbers flying around are too unreliable for the president or anyone else to be using.”  Guess the President didn’t get the message.

(Avik Roy has more on the problems with the “3 million” figure.)

Near the end of the email the Administration uses this whopper:

Up to 129 million Americans with pre-existing conditions – including up to 17 million children – no longer have to worry about being denied health coverage or charged higher premiums because of their health status.

That was based on a study by the Dept. of Health and Human Services that included “pre-existing conditions” like arthritis, asthma and high cholesterol to boost up the number of people who could be denied insurance to absurd heights. 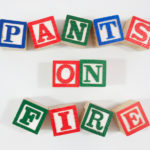 Further evidence that the 129 million number is rubbish was supplied by ObamaCare’s own high risk pool, set up for people with pre-existing conditions prior to the exchange.  Known as the Pre-Exising Condition Insurance Plan, it never enrolled much more than 107,000 people.  That’s about .04 percent of the under 65 population.

The HHS study was even too much for Factcheck.org and PolitiFact.  Factcheck.org said the number wasn’t true “because number who would be truly at risk of losing health insurance or paying more money is much smaller.”  Of those 129 million, supposed 17 million were children.  When President Obama used the 17 million figure, Politifact called it “mostly false.”

This Administration has shown itself to be utterly shameless in hawking bogus statistics, but sometimes they get caught when the press holds it to account, as it did with the pay gap nonsense.  It’s time for the media to start questioning the Administration’s statistics on ObamaCare.