ConservativeBlog.org
Posted at 03:32h in Blog, Health by David Hogberg

Over two dozen widows of Madison County, Alabama employees received health insurance via their deceased husbands’ policies.  Then along came ObamaCare’s grandfather regulations.  Here’s WHNT with the rest of the story:

A few widows—wonder why they couldn’t get an exemption to ObamaCare’s rules?  Here’s a wild guess:  They don’t have anywhere near the political clout that labor unions do. 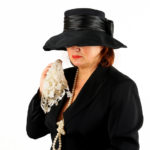 In other news, enrollment in exchange policies in Georgia isn’t looking so good:

Georgia insurers received more than 220,000 applications for health coverage in the Affordable Care Act’s exchange as of the official federal deadline of March 31, state officials said Wednesday. – See more at:

Insurance Commissioner Ralph Hudgens, though, said premiums have been received for only 107,581 of those policies, which cover 149,465 people.

“Many Georgians completed the application process by the deadline, but have yet to pay for the coverage,” Hudgens said in a statement Wednesday.

Some of that discrepancy is likely due to the late surge in enrollments which is undoubtedly inflating the number of people who haven’t paid their premium.  But with such a high number, chances are good that the number of enrollees in Georgia who don’t pay their premiums will be higher than much-touted 20 percent.

As goes Georgia, so goes the nation? Well, no.  The rate of non-payment could be much lower in other parts of the country.  We’ll just have to wait and see if Georgia is an aberration or a warning sign.

Finally, Politico has a good run down on the Obamacare numbers, although it repeats the RAND numbers uncritically.  (For more problems with the RAND survey, go here.)  Despite that, it’s worth reading.