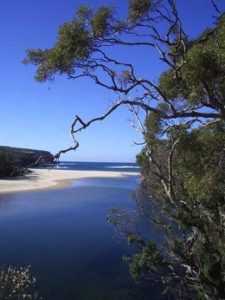 I’ve been writing about Think Progress’ announcement Friday of a new series dedicated to convincing Americans that anyone who believes our federal government should own less than 28 percent of our national land area is a wild-eyed right-wing fringe radical.

Friday I noted how unfair it is that western states have far less control over their own land area than eastern and midwestern states. Saturday I pointed out that Think Progress’ belief that federal land ownership is equivalent to public access is charmingly naive at the level of Mary Poppins.

Today, smaller fare: I merely suggest that Think Progress is wrong to claim that leaving large tracts of public lands in a more-or-less natural state is a “uniquely American idea.”

I’m easily as devout a patriot as anyone at Think Progress, but really, its “only in America” attitude about national parks and wilderness areas is a bit unsubstantiated. Other countries really do have parks and protected lands.

Australia created its first national park during the same decade we created ours, in the 1870s.

And Canada, for example, seems quite sure it has “vast expanses of intact natural areas,” some of which are government-owned lands while others are privately owned. Canada created its first national park in 1885 — after the creation of Yellowstone in 1872, to be sure, but not much after.

So does the USA have the greatest amount of protected land area? Maybe that’s what Think Progress meant?

How about the greatest percentage of its land area under protection?

Other countries with protected natural lands include but are not limited to Australia, New Zealand, South Africa, Italy, Greece and Sweden, with quite a few others.

Where did Think Progress get the idea that having “places held in trust” for future generations to enjoy is “uniquely American”?

Did it make it up?