ConservativeBlog.org
Posted at 06:57h in Articles, Blog by Amy Ridenour 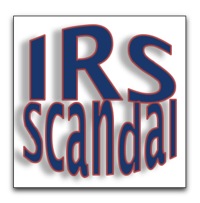 Turns out, the Internal Revenue Service has been doling out the bad news slowly when it comes to its ability to retain the emails of employees suspected of being up to no good.

From the House Ways and Means Committee today:

In addition to Lois Lerner’s emails, the IRS cannot produce records from six other IRS employees involved in the targeting of conservative groups. One of those figures is Nikole Flax, who served as Chief of Staff to Steve Miller, who at the time of the targeting was Deputy Commissioner and would later serve as Acting Commissioner of the IRS – a position from which he was fired for his role in the targeting of conservative groups. The timeframe for which Ms. Flax’s communications are purportedly unrecoverable covers when the Washington, DC office wrote and directed the Cincinnati field office to send abusive questionnaires, including inappropriate demands for donor information, to conservative groups.

Camp and Boustany also uncovered that the IRS has been keeping secret for months the fact that the Agency lost these critical records. Ways and Means investigators have confirmed that the Agency first knew of the destroyed emails as early as February 2014 – nearly three months prior to newly installed Commissioner John Koskinen telling the Committee the IRS would produce all of Lois Lerner’s emails…