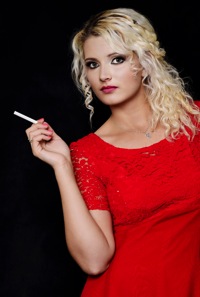 Jeff and Greg write, “There’s an interesting phenomenon playing out in both New Jersey and Ohio: Two of the country’s most prominent conservative Republican governors have proposed new taxes of a sort that haven’t appealed even to traditionally liberal, tax-hungry state legislatures in states like Massachusetts and Washington.”

In the past, “sin taxes” were sold to us by politicians on the theory that their imposition would make “sinning” more expensive, so people would do less of it. Harsh taxes on tobacco cigarettes were sold to the public in precisely this manner.

But as e-cigarettes help people to stop sinning, aren’t taxes on them something akin to a “virtue tax”?

And those of us who live in Maryland thought our state rain tax was bad! At least Maryland doesn’t tax virtue – yet.

Jeff and Greg provide more details about the keep-folks-smoking tax in their article:

New Jersey governor Chris Christie and Ohio governor John Kasich have asked their legislatures to enact an excise tax, or sin tax, on the sale of electronic cigarettes (e-cigarettes).

E-cigarettes are smoke-free, tobacco-free, battery-operated devices that allow smokers to get nicotine without inhaling burning-tobacco smoke. Currently, these products are subject to sales tax, like any other consumer product, in Ohio, New Jersey, and 46 other states.

Jeff and Greg explain more about what is going on in each of the two states:

New Jersey: “Governor Christie announced the plan in the spring but still has not actually specified the rate at which he wants to tax e-cigarette products. That hasn’t stopped his Treasury Department from somehow estimating that $35 million in revenue would result from this undefined tax hike. Indeed, his administration has refused to admit that this is a tax hike, instead describing the tax as part of a move to ‘level the playing field’ between e-cigarettes and combustible cigarettes, the latter of which are taxed at the state level at $2.70 a pack. Putting aside the absurd notion that cigarette markets need to be protected from competition, Governor Christie’s adamant denial of the fact that he is seeking to increase taxes should worry any conservative who wants to see him in the White House.”

Ohio: “Governor Kasich’s Ohio plan would, over two years, raise the state’s tax on a pack of actual cigarettes from $1.25 to $1.85, tax e-cigarettes at 49 percent of wholesale price, and raise the state’s tax on smokeless tobacco to the same rate. The Kasich administration is claiming that the estimated $850 million in revenue created by these tax increases over a three-year period would allow Ohio to cut income taxes along all brackets.”

Jeff and Greg also explain why these particular sin taxes are so antithetical to a core conservative principle:

E-cigarettes are a prime example of the free-market insight that the private sector is better than government at addressing societal problems. E-cigarettes may do more good for public health by getting people to quit smoking than any tax, warning label, or self-righteous taxpayer-funded ad campaign has ever done. So we are bewildered as to why Governors Christie and Kasich would proactively seek to undermine this private-sector approach to smoking by, of all things, taxing it. 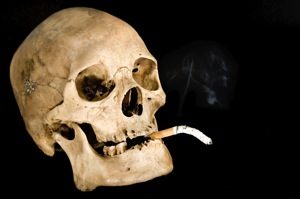 The authors have a theory as to what is really going on.

Our best bet is that it has nothing to do with public health per se, and everything to do with another kind of addiction. These proposals underscore the fact that state governments are more addicted to cigarettes than most smokers are: At least some smokers can quit — but states don’t give up tobacco taxes. Now that smokers are quitting tobacco and using the dramatically less risky alternatives, those responsible for state budgets want to keep their hands in our pockets by taxing tobacco-free e-cigarettes. The governors’ approach to the real public-health heroes who have quit smoking with e-cigarettes? Pay up.

We think sin taxes are a bad idea. But if they do exist, even for e-cigarettes, they should at least have a structure that more accurately reflects the risks of different products.

First, for decades, high sin taxes on cigarettes have been justified by pointing to the costs incurred by taxpayers in treating smoking-related illness. These costs have been overstated, but e-cigarettes, which help people quit, will reduce health-care costs, so no additional tax on them is justified.

Second, advocates for cigarette sin taxes argue that taxes help ‘nudge’ people to behave differently. Making the cost of e-cigarettes equal to or higher than that of real cigarettes would nudge people in the wrong public-health direction — away from using the dramatically less harmful alternative to cigarettes.

It’s not just Jeff and Greg who say e-cigarettes are much less harmful than smoking. The piece continues:

The chief regulator at the Food and Drug Administration’s Center for Tobacco Products, Mitch Zeller, dispelled that notion when testifying before a U.S. Senate committee in May. ‘If we look at a subset of smokers who are otherwise unable or unwilling to quit,’ and ‘we could get all of those people to completely switch all of their cigarettes for one of these noncombustible products, that would be good for public health,’ Zeller said. He reiterated that belief earlier this month, telling attendees at a public health conference, ‘Let’s not lose sight of the bigger picture here — tobacco use remains the leading cause of preventable death and disease principally because of the ongoing use of products that burn tobacco.’

Republican governors, especially those who may have presidential aspirations, could learn a thing or two from Vermont’s Democratic governor, Peter Shumlin, who opposed Christie- and Kasich-style taxes in his own state. ‘My own view on e-cigarettes is that we should be cautious about taxing a product that we think might be gettin’ some folks off of tobacco,’ declared Shumlin at a press conference. We couldn’t agree more.