ConservativeBlog.org
Posted at 06:45h in Blog, Health by David Hogberg 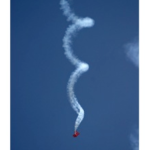 A new report from the Dept. of Health and Human Services purportedly showing that the ObamaCare exchanges are improving cost and choice inadvertently provides more data that the exchanges are heading toward an insurance death spiral.  (If you need an explanation of a death spiral, see the definition at the end of this post).

As I’ve noted before:

[Exchange] enrollees’ choice of insurance suggests that the [insurance] pool may be sicker than is optimal for an insurance pool. Sixty-two percent of exchange enrollees have chosen a silver plan. For enrollees at or below 250 percent FPL, silver plans tend to offer the most coverage for the lowest price. For persons under 250 percent FPL, ObamaCare offers help with copays and deductibles, but only if the consumer chooses a silver plan. The actuarial value for a silver plan is 70 percent (that is, a silver plan must, on average, cover 70 percent of a policyholder’s medical claims), but when the subsidies for cost-sharing are included, the actuarial value rises to between 73 and 94 percent. As one writer notes, “Why would someone opt for a silver-level plan over a cheaper bronze or catastrophic-level plan? The most plausible explanation is that the enrollee anticipates incurring significant medical expenses over the coming year, which is to say that he’s not healthy.”

Thus far the only data we’ve had to support that theory is the inordinate popularity of silver plans among exchange enrollees.  According to last HHS enrollment report, 65 percent of enrollees chose a silver plan.