20 Jun 2014 When Bush Was in the Middle of a World Financial Meltdown, His Employment Numbers Were Still Better Than Obama’s Today

ConservativeBlog.org
Posted at 06:08h in Articles, Blog by David Ridenour 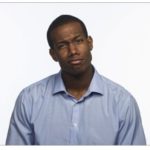 Wouldn’t a better measure be the proportion of employed to the total population?

If that’s the measure, it becomes obvious that we’re in decline.

The number of full-time employed in November 2007, the month before the recession began, was 122,649,000 — almost 4 million more than today. The population then was about 302 million, meaning that 40.5% of Americans had full-time jobs.

So, just to recap… President Bush was in the middle of world financial meltdown and he still managed to beat Obama’s economic performance.

(Oh… and, by the way, the uninsured rate was lower in October/November 2008 than it is now, too.)