27 Jun 2014 Intellectuals and the VA: Veterans Suffer Because Of A Bad Idea

ConservativeBlog.org
Posted at 05:10h in Blog, Health by David Hogberg

I have a new National Policy Analysis out today entitled, “Intellectuals and the VA: How A Bad Idea and Bad Reporting Contributed to a Health Care Catastrophe.”

It traces how Phillip Longman’s book Best Care Anywhere: Why VA Healthcare Is Better Than Yours created an amen chorus of academics, policy wonks and journalists promoting the idea that VA health care is the best in the U.S. It also examines how Longman’s idea was absorbed by politicians who were supposed to be overseeing the VA and the consequences that had for veterans.  Here are a few excerpts:

In all the finger-pointing over the Department of Veterans Affairs scandal, one group has thus far largely escaped accountability: intellectuals.

The people whose work begins and ends with ideas — academics, policy wonks and, to some extent, journalists — helped create an atmosphere of complacency regarding the Veterans Health Administration that led to the catastrophe.

By now, the story is familiar. Employees at the VA were manipulating data on wait times for care so that the VA appeared better than it was at meeting its standard of a maximum 14-day wait for treatment. Many whistleblowers at the VA were harassed and, in a few cases, even fired. The result was that over 57,000 veterans waited at least three months for a doctor’s appointment while nearly 64,000 veterans were never added to any waiting list. We may never know exactly how many of these veterans suffered in pain or saw their conditions worsen while they waited for treatment. We do know the deaths of at least 23 veterans are attributable to delays.

From 2000 to 2011, there were at least 26 reports — six from the Government Accountability Office (GAO) and 20 from the VA Office of Inspector General (OIG)—that examined wait times within the VA system. They cover the gamut. They examine both wait times in general and wait times for specific treatments such as cancer care and rehabilitation for the blind. They cover wait times across the entire VA to specific locales such as West Palm Beach, Chattanooga, Dallas, Portland and, yes, Phoenix. And there were even a few reports on the possible manipulation of wait-time data.

Twenty-six reports in 12 years should have been an alarm bell that something was wrong, but to hear some intellectuals tell it, the VA, despite awful scandals in the past, had transformed into a wonderful system of health care by the 1990s.

The politicians who were charged with oversight of the VA clearly absorbed the belief that the VA was the best health care system in the U.S.:

In late 2009, then-VA Secretary Eric Shinseki said at an Army medical symposium that the VA operated “more than 1,400 points of care, where nearly 18,000 VA doctors, 49,000 VA nurses, and a legion of clinical and support staff provide some of the best care anywhere.” At his confirmation hearing, VA Undersecretary for Health Dr. Robert Petzel said, “I have spent my entire professional life in the Veterans Health Administration striving to provide the ‘Best Care Anywhere’ to America’s Veterans.”

…During Shinseki’s confirmation hearing, Senator Jon Tester (D-MT) said the VA “does provide some of the best health care in the world.” 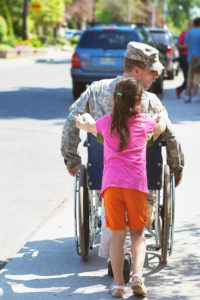 …During Shinseki’s confirmation hearing, Senator Jon Tester (D-MT) said the VA “does provide some of the best health care in the world.”

As Congress debated ObamaCare during 2009 and 2010, the VA’s quality medical system was a common theme. At a markup for the legislation, Senator Debbie Stabenow (D-MI) said, “And the VA, in fact, has been the leader in electronic medical records and in looking at health information technology and new quality measures, but that is a completely government-run system.” Senator Jay Rockefeller (D-WV) seconded that sentiment, claiming, “everybody agrees [the VA] is the best health care system in the country.”

The result of that idea was lax Congressional oversight: “There were two hearings on wait times held in late 2007, one by the Senate Special Committee on Aging and the other by the House Veterans’ Affairs Committee. After that, there was almost nothing until 2013.”

Mark Tapscott at the Washington Examiner has given it a nice write up here.

And check back a little later as I’ll have a list of the 26 reports from GAO and OIG if you are interested.  UPDATE:  The list is posted here.

UPDATE: The website RARE has now run a version of the paper.