ConservativeBlog.org
Posted at 04:42h in Articles, Blog by David Hogberg

One almost has to give the President Obama points for chutzpah.  He signs an executive order that has resulted in a huge flood of underage illegal immigrants into the nation, and now he wants Congress to authorize the spending of $2 billion to clean up the mess.

President Obama agrees to those two provisions, he gets his $2 billion.  Otherwise, forget it.

The President signed the Deferred Action for Childhood Arrivals in June of 2012.  It allowed “undocumented children who were brought here by their parents to stay in the U.S. for two years or more, if they meet certain requirements.

“An unintended consequence is that parents now believe that if they send their children alone across the U.S. border, they will receive a permit to stay even if apprehended by Border Patrol. The policy was never intended to invite a wave of children to enter the country without their parents, but that’s been the result.”

Indeed, the Border Patrol has arrested 52,000 children at the border this year who came without their parents. Another 39,000 women with children have also been apprehended. 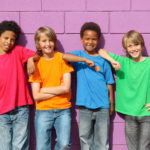 The one drawback if Republicans in the House push such a deal is the Obama Administration, Senate Democrats, the liberal press and others will call them cruel and willing to hurt children.  So, be ready for that.

In fact, get out in front of the issue.  When Republicans in the House make their counteroffer, they must get up and say, “This is needed to end a policy that has cruel results for those most vulnerable among us, children.  It encourages families to send children alone to the U.S., which is no doubt a harrowing journey for an adult, let alone a child.  They are at great risk.  Thus, it’s time to end this terrible policy.”

There needs to be both some backbone and creative thinking in the GOP Caucus on this issue.