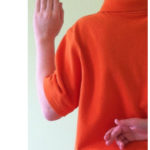 Monday’s two pro-freedom decisions by the U.S. Supreme Court has the anti-freedom totalitarian left up in arms, but that’s no excuse for lying.

Here’s a sample of just a few of the whoppers just one of the leftist groups, ThinkProgress, published yesterday, along with a correction added by me:

ThinkProgress: “In Harris v. Quinn, the five conservative justices undermined public sector unions by barring homecare workers in Illinois from collecting fair share fees to ensure that everyone shares in the cost of bargaining.”

Truth: Homecare workers in Illinois were being forced to pay (not collect) fair share fees to the SEIU, which used the fees to lobby for the expansion of Medicaid. There was no “bargaining” in the conventional sense. These are workers who help disabled people, usually family members who are Medicaid recipients, in their own home. They do not work for the government and should never have been required to send fees of any kind to a government union.

ThinkProgress: “The plaintiffs in [the Hobby Lobby] suit took the unscientific stance that pregnancy begins at fertilization…”

Truth: It is not “unscientific” to believe pregnancy begins at conception. Pro-abortion activists find it convenient to say pregnancy begins when the fertilized egg implants on the uterine wall, as this helps them keep the action of preventing implantation legal, even subsidized by the taxpayers, even though such action kills the new human life. Their definition is not binding on the morality of others, nor is it a matter of science. It is simply a definition. It’s no coincidence, I’m sure ,that ThinkProgress cited the Alan Guttmacher Institute, which is affiliated with Planned Parenthood, and not a dictionary, as a source for its definition.

Speaking of dictionaries, a glance at the Free Dictionary shows pregnancy defined as “the period from conception to childbirth” and “the condition of carrying developing offspring within the body.” Or choose Merriam-Webster: “The condition of a woman or female animal that is going to have a baby or babies.” Collins, for pregnant: “having (an) offspring developing in the uterus; that has conceived; with young or with child.” Online Etymology Dictionary, for pregnant: “with child,” early 15c., from Latin praegnantem (nominative praegnans, originally praegnas) “with child,” literally “before birth,” probably from prae- “before” (see pre-) + root of gnasci “be born” (see genus).”

ThinkProgress: “…99 percent of U.S. women… use contraception at some point in their lives.”

Truth: By age 44, only 86.8 percent of American women have ever had vaginal intercourse, even one time, so that’s 13.2 percent right there who don’t need birth control, even if we assume (ridiculously) that every American woman who has ever had vaginal intercourse used birth control. Inasmuch as contraceptive use for other health care purposes is not covered by the HHS mandate, was not addressed in the Hobby Lobby case and is not objected to by anyone active in the debate (including the Catholic Church), ThinkProgress cannot honestly claim contraceptive use for non-contraceptive purposes is affected.

Part of the hysteria from the left about Monday’s two Supreme Court decisions is entirely under false pretenses. Too bad many leftist leaders don’t seem willing to ask themselves why they need to mislead their followers, and too many leftist followers accept what they are told without critical thinking.