10 Jul 2014 How Selfish Can a Labor Union Be? AFSCME Drops Partnership with United Negro College Fund for Accepting Donation from Conservatives

ConservativeBlog.org
Posted at 02:22h in Articles, Blog by Amy Ridenour 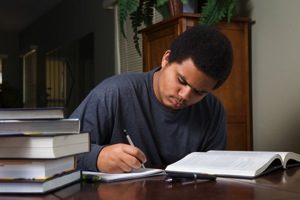 It turns out, VERY selfish.

The American Federation of State, County and Municipal Employees, also known as AFSCME, has dropped a student work scholarship partnership with the United Negro College Fund (UNCF) because the UNCF accepted a $25 million donation from Koch Industries and the Charles Koch Foundation and a UNCF leader spoke at an event organized by the Kochs.

AFSCME does not like the Kochs because they believe in a more limited government than the one we currently have, which could mean fewer public labor union members, which means less money for the union.

Even given AFSCME’s long history of an unseemly desire for money, I’m bewildered that one of the leading unions thinks attacking support for education for young black men and women is an appropriate activity — or even one that is in the union’s self-interest. Labor unions generally have a very racist and sexist history, and actions like this bring that sordid history back into everyone’s memory.

According to Jacob Fischler of BuzzFeed, AFSCME President Lee Saunders, who is very, very leftist, wrote that accepting funds to help educate young black students from the limited-government Kochs is a “profound betrayal of the ideals of the civil rights movement.”

I suppose he thinks the civil rights movement was about keeping people stupid. Good way to keep them in unions?

In response, as reported by Sean Sullivan in the Washington Post, UNCF President and CEO Michael Lomaz said, “UNCF has over 100,000 donors with a wide range of views, but they all have one thing in common: They believe in helping young students of color realize their dreams of a college education. For over 70 years we have never had a litmus test and we have asked all Americans to support our cause.”

Conservatives don’t have cooties, as far as he’s concerned. And he’s right, we don’t. He’s also right to stick to his educational mission no matter whose nose gets out of joint.

AFSCME has 1.5 million members, most of whom are public employees (are employed by the taxpayers). I suggest that some of those 1.5 million members might want to start asking some questions about where their dues are going and why their leadership doesn’t like black institutions of higher learning.

And the taxpayers ought to be asking a few questions, too – like why we allow our government agencies to negotiate with disgraceful unions like this one.

One of the Kochs donated $100 million to the Smithsonian Museum of Natural History recently. Will AFSCME do us all a favor and refuse to organize federal government employees in protest? Nope, because that would cost them a lot of money. But protest black kids getting help with their education, now that’s something AFSCME is willing to do.

By the way, once upon a time, one of the students who received a scholarship from the United Negro College Fund was a young man by the name of Martin Luther King, Jr. Eat the UNCF’s dust, AFSCME!