Believers in the human-caused catastrophic global warming theory (or CGAW, but called “climate change” by many) would do better without supporters who have the research skills of walnuts.

There ought to be a limit to the idiocy we all have to put up with so certain people can feel morally superior.

I’m reminded of this (again!) by an article by a Laura Kissel (a woman who calls people who do not believe in CAGW “deniers” — as in holocaust deniers) in “Main Street” (which is part of “The Street Network,” and therefore big enough to employ editors for accuracy) on June 20.

It’s full of nonsense that has been addressed often by many, so I will limit my criticism to what she said about our work:

And back in March, shareholders of Apple voted down a resolution by the National Center for Public Policy Research — a proponent of climate skepticism — that would have forced the corporate behemoth to disclose the money it has invested in tackling climate change.

Shareholders of Apple Inc. (“Apple”) urge the board of directors (the “board”) to authorize the preparation of a report, updated annually, disclosing:

2. Payments made by Apple to trade associations or organizations of which Apple is a member that meet any of the definitions set forth in #1, above.

3. Registration with, membership in or subscription to any independent sustainability rating processes, registries and/or organizations to which Apple makes payments that rate Apple products for sustainability purposes and intentionally make results of such evaluations, in whole or in part, available to the public.

4. The amount of payments made by Apple to entities that meet any of the definitions set forth in #3, above.

The report, excluding proprietary information and information related to legal compliance, shall be presented to the Audit and Finance Committee of the board or other relevant oversight committees of the board and posted on Apple’s website.

To those who are willing to read it, it’s clear our proposal asked Apple to make public its payments to trade associations and organizations (aka, BUSINESS groups) and sustainability registries.

On the matter of sustainability registries, as we wrote in March, here’s why we cared:

In 2012, Apple withdrew from the industry-funded Electronic Product Environmental Assessment Tool (EPEAT) sustainability registry when many believed the then-new line of MacBooks would not meet EPEAT’s standards. Days later, Apple rejoined EPEAT, and somehow earned EPEAT’s top “gold” certification for its new laptop. How was Apple able to earn this approval? Would a smaller company have been treated the same? Minus the transparency we sought with our shareholder proposal, who knows?

Laura Kissel is complaining because we are wondering about the size of Apple’s payments to an environmental registry that mysteriously (to us, at least) seemingly changed its mind about its “green” ranking of one of Apple’s core products — for the better.

Does Laura Kissel know how Apple got a top ranking? Does she even care about “dark money” (a propaganda phrase of no precise definition put forth by left-wing groups opposed to free speech) if it isn’t being spent by people who are publicly skeptical of CAGW? Apparently not — she opposes Apple telling its own board and shareholders about its payments to outside business groups and to registries that people rely upon for, one hopes, objective environmental ratings of popular consumer goods.

I’ll close with how I closed a post about this in March, since it’s obvious it hasn’t sufficiently been read:

…Last year, we flew a member of our board of directors to the Apple shareholder meeting to ask Tim Cook a question about trade association “sustainability” activities that officially are about being green but which in practice threaten competitiveness and give big businesses an unfair edge over smaller companies. Tim Cook only took five questions (one about bathrooms!) and ignored ours. So we issued a press release. Did anyone care? Mostly, not. 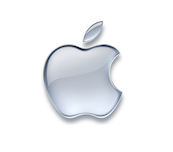 So for the 2014 shareholder meeting, we submitted a shareholder proposal calling for reasonable transparency for these trade association activities, and we asked Tim Cook a question (which wasn’t easy; after calling on our representative Cook tried to pick someone else immediately after recognizing him, but our guy got his question out fast) to find out where Apple really stands. There are many calm and professional ways Cook could have answered our question, but he instead choose to lose his temper, pretend we objected to things like the development of accessibility tools for the blind (we don’t object and never mentioned the subject), and duck much of what we asked.

Why is that? In our view, it isn’t because Apple is too green. It is because it is brilliant at greenwashing. Tim Cook got a question that — had he answered it — could have illustrated the difference between Apple’s green reputation and Real World Apple.

Tim Cook didn’t like that question, so he scolded us and played the green card, and got out of giving a straight answer.

And based on the amount of email we’ve gotten since Friday with the words “F–k you” in them, a lot of you fell for it.

We suggest that you ask yourselves: Why did Apple’s management oppose our shareholder resolution [resolution #9 at the link], which called for transparency in its relationships with trade associations and sustainability registries such as EPEAT?

Up your game, Laura.