22 Jul 2014 Halbig vs. Burwell: As D.C. Circuit Correctly Noted, There Was No Evidence Of Congressional Intent

In Halbig vs. Burwell, the D.C. Circuit Court of Appeals got it right.  People who get their insurance through a federal exchange under ObamaCare are not eligible for premium subsidies.  (For some background on the case, go here.)

Arguably the most important part of the ruling concerned whether the Internal Revenue Service had interpreted ObamaCare correctly when it allowed people on federal exchanges to receive subsidies (p. 17):

The meaning of section 36B was always plain:  Only people who enrolled through state exchanges were eligible for premium subsidies.  The remaining issue for the Circuit Court was whether this was an oversight by Congress and that Congress intended for subsidies to be avaialbe on both state and federal exchanges.

That it was an oversight is something I wouldn’t argue.  The problem for the Circuit Court is that it could find no evidence that Congress intended for subsidies to go to both federal and state exchanges (p. 34): 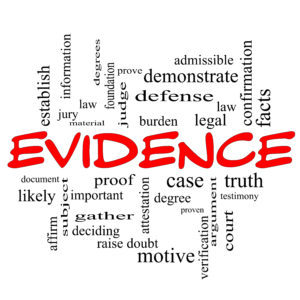 For the court to depart from the [ObamaCare’s] plain meaning, which favors appellants, “there must be evidence that Congress meant something other than what it literally said,” from which the court can conclude that applying the statute literally would be “‘demonstrably at odds with the intentions of [the ACA’s] drafters.’”As Chief Justice Marshall wrote, “it is incumbent on those who oppose” a statute’s plain meaning “to shew an intent varying from that which the words import.”Nothing the government or its amici cite demonstrates what that precise intent was. And “[i]n the absence of such evidence, the court cannot ignore the text by assuming that if the statute seems odd to us, i.e., the statute is not as we would have predicted beforehand that Congress would write it, it could be the product only of oversight, imprecision, or drafting error.”

I don’t doubt for a second that if one queried every Democrat who voted for the law on whether the premium subsidies should be available on both state and federal exchanges, every one of them would say, “Yes!”  The problem is there is no evidence that any of them said any such thing, probably because none of them were ever asked the question.  Indeed, it was a then-reporter at Investor’s Business Daily who was the first (as far as I know) to point out publicly that ObamaCare stated that subsidies were only available on state exchanges—and that was on September 7, 2011, nearly a year and a half after ObamaCare was signed into law.

Courts can (or are supposed to) only consider actual evidence, not evidence that might have existed if some other condition had been met.  Since the Circuit Court could find no evidence of Congressional intent on this issue, it had to rely on the language of the statute.

A couple of points.  Commentators calling this “conservative judicial activism” or just a “grammar error” are being disingenuous.  They claim that Congress intended subsidies to be available on federal exchanges, but they aren’t pointing to any evidence.  They merely say that at the time no one in Congress ever said that the subsidies wouldn’t apply to both.  But Courts can’t accept that as evidence of intent either.

Next, is this the end of ObamaCare?  Well, first this case has to go to the Supreme Court and who knows what will happen there?  Another 5-4 decision in which Chief Justice Roberts sides with the four liberal Justices isn’t out of the question.

But even if the Supreme Court agrees with the D.C. Circuit Court, it’s probably not the end of ObamaCare.  As Callie Gable over at National Review notes, states could simply pass laws saying they are using HealthCare.gov as a state exchange.

Finally, the 4th Circuit also ruled on this case today and ruled opposite of the D.C. Circuit.  I’ll comment on that case tomorrow.