ConservativeBlog.org
Posted at 15:07h in Blog, Health by David Hogberg

In July of last year, the Dept. of Health and Human Service admitted that it wouldn’t have the capabilities to check an applicant’s income eligibility for the premium subsidies on the ObamaCare exchanges. Instead, HHS decided it would “accept the applicant’s attestation [regarding eligibility] without further verification.” Or, as Avik Roy put it, “Not qualified for Obamacare’s subsidies? Just lie—govt. to use ‘Honor System.’” 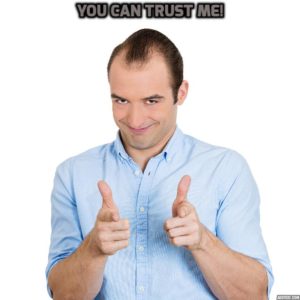 Since then we’ve learned that there are at least 2.1 million “discrepancies” in the ObamaCare exchanges.  “About 1.2 million have discrepancies related to income; 505,000 have issues with immigration data and 461,000 have conflicts related to citizenship information,” according to the Associated Press.  It could easily be worse since “the 2 million figure reflects only consumers who signed up through the federally administered HealthCare.gov website and call centers. The government signed up about 5.4 million people, while state-run websites signed up another 2.6 million.”

And yesterday we learned that getting illegal subsidies out of the ObamaCare exchanges is almost as difficult as stealing candy from a baby.  Here’s what the Government Accountability Office reported:

For 12 applicant scenarios, GAO tested “front-end” controls for verifying an applicant’s identity or citizenship/immigration status. Marketplace applications require attestations that information provided is neither false nor untrue. In its applications, GAO also stated income at a level to qualify for income-based subsidies to offset premium costs and reduce cost sharing. For 11 of these 12 applications, which were made by phone and online using fictitious identities, GAO obtained subsidized coverage. For one application, the marketplace denied coverage because GAO’s fictitious applicant did not provide a Social Security number as part of the test. [Italics added].
There are two lessons here.  First, when the Obama Administration says that ObamaCare exchanges are working, we should be a bit skeptical.  But most people already know that lesson by now; this just reinforces that.
The second is that if you tell people that they’re on the “honor system,” a lot more of them are going to cheat than if you tell them that someone will be looking over their shoulder.  Most people learn that at some point in grade school or high school when the teacher has to leave the class briefly during a test.
Perhaps the folks running HHS didn’t think that lesson applied anymore since their boss had “fundamentally transformed” the nation?