ConservativeBlog.org
Posted at 13:17h in Articles, Blog by David Hogberg

Note: This post was written by NCPPR’s intern, Scott Alford.

One of the rhetorical centerpieces of Obama’s second term in office has been reducing income inequality. President Obama called income inequality “the defining challenge of our time.” From talk of raising the minimum wage to closing the gender pay gap, Obama has stressed the role that government should have in supporting the middle class. However, the inequality talking points seldom discuss the actual consequences of government policies—consequences that fuel the wealth gap. Rather, wealthy entrepreneurs have become the Administration’s scapegoat for the sins of governmental economic mismanagement.  Instead of blaming businesses and markets for creating wealth inequality, the Obama Administration should begin by addressing the how government worsens income inequality.

The Obama administration’s approach to economy has been to declare war on the 1% and attempt to drag down the wealthiest businessmen to reduce the wealth gap. While this approach might be “good enough for government work,” this does not actually create wealth and raise the standards of living for anyone. Margaret Thatcher argued that often liberals think, “So long as the gap is smaller, they would rather have the poor poorer.” In other words, liberal policies attempt a greater wealth equality by lowering the standard of living for both the rich and the poor.

Obama’s policies to tax and regulate the rich don’t make the poor richer but rather limits the ability of the rich to save, make investments, and create a better economy so that the poorest can have increased job opportunity and rising wages.  Killing the goose that lays the golden egg creates economic equality at the cost of economic prosperity. 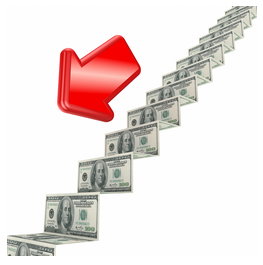 This harms some of the most vulnerable in our society such as minorities and young people.  These people often lack job skills, but their one advantage is they can work for lower wages.  This enables them to begin acquiring the job skills that will eventually result in higher wages.  Politicians are effectively sawing off the lowest rungs of the economic ladder for such workers by raising the minimum wage.

Obama’s push to increase the minimum wage is, ironically, one of biggest threats to prosperity for the poor.