ConservativeBlog.org
Posted at 12:44h in Blog, Health by David Hogberg

Last Friday the Huffington Post reported that former Democratic Congressman Barney Frank said the Obama Administration “lied to people” when it claimed that you could keep your health insurance plan if you liked it.

While that got most of the attention, what was more insightful was Frank’s advice on how President Obama should have reacted when millions of people were losing their insurance plans late last year:

“He should have said, ‘Look, in some cases the health care plans that you’ve got are really inadequate, and in your own interests, we’re going to change them.’ … But that’s not what he said.” 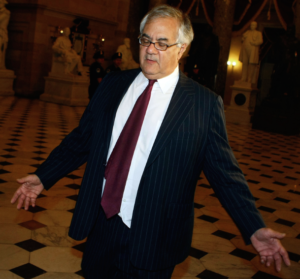 That statement reflects the attitude of what economist Thomas Sowell calls “The Anointed,” intellectuals who believe they have “a mission to lead others in one way or another toward better lives.”

It’s axiomatic among politicians and others on the left they know what is in the best interest of other people, and it is their responsiblity to use government to force it on them if necessary.  Of course, other people might have a better sense of what their own interests are since they are the ones who pay the cost if they make decisions about their interests that are wrong. That, though, never occurs to the likes of Frank.

It comes as small relief to know that Frank is no longer in Congress where he can indulge his sense of superiority by passing laws that force the rest of us to do as he see fits.  Obviously, Congress and the Obama Administration are filled with like-minded people.