In an op-ed in Saturday’s Houston Chronicle, I challenge the claims being used to justify a wave of soda taxes rolling across Latin America. I also explain how this could impact the potential for taxes in the United States.

What do Latin American governments do when they realize they are spending more money than they have? In part, they raise taxes on the poor in the name of fighting obesity by taxing food and beverages. That’s only the beginning of the ugliness.

In April, in a piece for the Daily Caller, I detailed how Mayor Bloomberg’s junk-science food police have gone national. It turns out, though, that they’ve actually gone international. In the Houston Chronicle, I explain what happened:

It started last year in Mexico, where former New York City Mayor Michael Bloomberg spent a controversial $10 million of his own money to influence the outcome of a proposed tax on sugar-sweetened beverages and high-calorie foods. The billionaire’s own advocacy group now admits that the money was used, in part, to fund scientists to produce research that would support the taxes, according to both the Associated Press and the Bloomberg Philanthropies webpage. This type of outcome-oriented research may get the job done in terms of advancing a political agenda, but it won’t address obesity.

In fact, a simple economic reality explains why these tax schemes won’t do any good.

A recent article in the American Journal of Agricultural Economics explains consumer behavior in the face of such taxes. Lead author Chen Zhen explained, “Consumers can simply substitute a taxed high calorie for an untaxed one.” Reduced consumption of certain foods does not necessarily cause a reduction in obesity.

If Michael Bloomberg gets his way, the Latin American soda taxes will be used to justify soda taxes in the United States —even if they don’t reduce obesity.

In fact, Bloomberg food police ally Marion Nestle, food policy and nutrition professor at New York University told Politico last month that, “If the taxes are shown to reduce consumption – and I’m hoping studies are under way – I’d say it’s game over.” The taxes will be adopted across the United States even if the Bloomberg-funded Mexican tax has an impact only on consumption, but not obesity.

Now, after enactment last year of a peso-per-liter soda tax in Mexico, the fad is spreading to other nations of Latin America. Chilean president Michelle Bachelet is enacting a soda tax as part of a wider set of measures targeting foods she doesn’t want her citizens to eat. So is Argentina, as it teeters on the brink of its second debt default in 13 years. In Brazil, where officials increased taxes on sodas, beer and energy drinks by 19 percent to 23 percent over the past two years, revenue-starved officials sought a further tax hike timed to bilk thirsty soccer fans from around the world. At the last minute, the World Cup taxes were given a time out until the fall.

Clearly, the science to support these taxes as a serious anti-obesity tool hasn’t yet been established, despite Bloomberg’s millions. So why was the tax adopted?

Rather simply, it is Sutton’s Law. The “law” is named after the infamous American bank robber Willie Sutton, who was incorrectly credited with answering a reporter who asked him why he robs banks by saying, “That’s where the money is.” 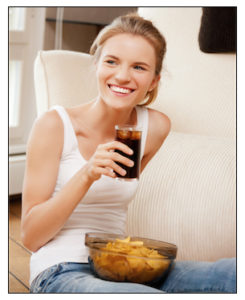 According to Christopher Wilson, an associate at the Mexico Institute of the Woodrow Wilson International Center for Scholars, “Traditionally, 30 to 40 percent of the budget came from oil exports, and that has been declining. That has made for a strong imperative to increase tax collection, which is extraordinarily low as a portion of GDP, and that is the driving force behind fiscal reform,” Wilson told the magazine, Governing, in reference to the food and soda tax. Mexicans spend money on high-calorie food and soda, so Willie Sutton would have taxed it, too.

The problem is, taxes on sugar-sweetened beverages and so-called “junk-foods” have a disproportionate impact on the poor. To Bloomberg, whom nobody could accuse of being poor, this isn’t a bug, it’s a feature. Since there’s a high-rate of obesity among lower socio-economic groups, a sin tax that hits poor people the hardest is right on target.

But there’s more to it than money. Even proponents of the taxes concede they aren’t a silver bullet. Throughout Latin America, advocates are pushing a full menu of laws an regulations aimed at soda and food. At the top of the food police wish-list is a restriction on the advertising of foods they don’t want people to eat. Instead of following the science, proponents of advertising restrictions attempt to advance their cause in a way that makes Bloomberg’s attempt to purchase science look honorable by comparison. Activists in Canada, the United States and Chile are suggesting that advertising to kids is akin to molesting children.

Assistant Professor at the University of Ottawa Dr. Yoni Freedhoff says it most delicately, “We need to stop allowing the food industry to target our most vulnerable and precious population, our children.” New York’s Meme Roth, founder of “National Action Against Obesity” is less subtle in evoking thoughts of child molestation by referring to food advertising to children as “predatory” and arguing that we shouldn’t let food company executives have a “relationship with our kids.”

But it took the chairman of the Committee on Health of the Chilean Senate to put innuendo aside and make the allegation Freedhoff and Roth were too polite to directly state. Senator Guido Girardi, told La Nacion that (as translated by Google), “Chile has companies that are the pedophiles of the 21st century, because they abuse children by labeling fatty and sugary food as healthy.”

In their zeal to advance an unpopular agenda, it’s the food police who have become the real creeps. Advocates who want to fight obesity have their hearts in the right place. But that shouldn’t free them from being held to legitimate science and common standards of decency. With a little less emotionally manipulative rhetoric and a bit more nonpartisan science, we could come together and address obesity in a constructive way.