ConservativeBlog.org
Posted at 16:17h in Blog, Health by David Hogberg

So Congress, how is that $17 billion in new funds you gave the Veterans Administration working out?  From FoxNews:

The family of a U.S. Marine is demanding answers after Department of Veterans Affairs records indicated that their son had canceled an appointment four days after his death.

Cpl. Jordan Buisman died on Nov. 26, 2012 while waiting for an appointment with a VA doctor in Minneapolis. The records indicate, however, that Buisman called to reschedule his appointment on Nov. 30. (Italics added.)

Let this be a warming to you: 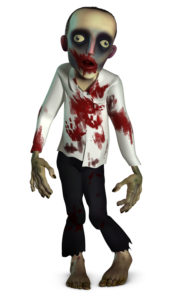 Now that they’ve learned to speak and use phones, we are in big trouble!