ConservativeBlog.org
Posted at 15:59h in Blog, Health by David Hogberg

At Bloomberg Businessweek, reporter John Tozzi recently linked to one of my blog posts in this sentence: “Americans sometimes accuse Britain’s single-payer system of rationing of health care.” More on that in a bit.

Tozzi’s piece focuses on the drug Sovaldi and Britain’s National Health Service (NHS).  The NHS’s National Institute of Clinical Excellence (NICE) decided to approve the use of Sovaldi, a “miracle” drug that can cure hepatitis C that is very expensive—up to $1,000 a pill.

After claiming that the NICE has decided that paying for the expensive drug now will save costs later on, Tozzi states:

That’s not the case in the U.S., where health care is paid for by a mix of employers, private insurers, and government programs such as Medicaid and Medicare. Hepatitis C can take 20 to 30 years to cause liver scarring that might require a transplant. An insurer paying for Sovaldi now is probably preventing an expensive treatment that would have ultimately been paid for by another part of the health-care system—most likely Medicare, the federal insurance program for Americans 65 and older. Insurers don’t have much incentive to do that, even if it would save the U.S. health system money in the long run. (Italics added.)

That second paragraph strongly implies that insurers in the U.S. aren’t paying for Sovaldi.  To check that, all you have to do is put the words “Sovaldi” and “insurer” into Google.  There you find articles—like this one in Reuters and this one in the Boston Globe—that describe the struggles of insurers in the U.S. to cover the cost of Sovaldi. But we also learn that by May “30,000 people have received hepatitis drug Sovaldi,” that the “drug contributed to a first-quarter financial loss at Partners HealthCare, the giant Boston system that runs Massachusetts General and Brigham and Women’s hospitals” and that “MassHealth, the government Medicaid program that insures many patients directly, spent about $10.8 million on the new hepatitis C treatment during the first three months of the year.”

Insurers, it seems, are paying for Sovaldi.  It would have been nice if Tozzi had done a bit of Google searching before he wrote his love letter to the NHS.

Here are a few other things he could search on Google: 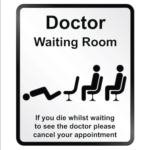 1. The NHS, wait lists for treatment and cancelled surgeries. The Google search on this one is a bit tough, but one can eventually find the NHS’s own data showing that 3 million people on the wait list for surgery, 809,000 patients were waiting for a diagnostic test and 15,600 operations were cancelled at the last minute in the second quarter of 2014.

2. NICE and the drugs that it has declined to fund, such as Benlysta,” “Novartis,” “Sorafenib” and “Avastin.”  The first is a treatment for lupus while the last three can extend the life of cancer patients.  The Rare Cancers Forum notes that 16,000 patients annually could benefit from cancer drugs rejected by NICE.

3. What happens to patients in Britain who could benefit from a drug but must endure NICE’s approval process.  For example, put “Alice Mahon” and “Lucentis” into Google.  Mahon is a former Labor MP who was going blind in one eye because of macular degeneration. Lucentis is a drug that treats macular degeneration, but at the time Mahon needed it, NICE had not finished its approval process.  Mahon went blind in one eye because of the time it took for NICE to approve Lucentis. Mahon said, “I have been an ardent supporter of the NHS all my life, and now feel totally let down.”  (For more on Mahon and others like her, see National Center’s publication “Shattered Lives.”)

In short, all it takes is some Google searching to discover that rationing in the NHS is not a matter of “accusations.”  It’s well-established fact.