ConservativeBlog.org
Posted at 15:31h in Blog, Health by David Hogberg

About two weeks ago, NCPPR released my study on insurance quality in the ObamaCare exchanges versus the individual market.  One finding was that the quality of provider networks—the network of physicians, hospitals and other health care providers available through an insurance plan—had declined on the exchanges.

1. Zero Percent Of Physicians.  Avalere recently completed a study for the American Heart Association that examined the physicians available through three low-cost silver plans on the exchanges in 10 metropolitan areas.  Specifically, Avalere examined whether the plans covered 10 physicians in a metropolitian area in three specialties: cardiologists, neurologists, and diagnostic radiologists.  A physician was included in the list of 10 if he was one of the 10 highest in terms of Medicare payments (suggesting that he was one of the most in demand in the area among Medicare beneficiaries).  Here are the results:

So, if you live in Louisville, you have a silver plan, and your elderly aunt on Medicare recommends a good cardiologist in the area, you may be out of luck. (Although, the study notes that some of the physicians included in the Louisville area were actually in Lexington, which may have effected the results.) Regardless, the numbers are not that good in Los Angeles, Atlanta or San Jose either.

The next page in the study (page 12) shows the percentage of physicians covered by the plans broken down by specialty.  Zero percent of the top 10 cardiologists are covered in Los Angeles.  It’s the same with diagnostic radiologists in Atlanta, Chicago, and Durham. 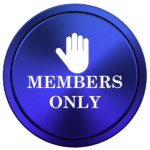 2. Network Quality Won’t Improve In California (And May Get Worse).  The Los Angeles Times reported on Sunday that the “state’s largest health insurers are sticking with their often-criticized narrow networks of doctors, and in some cases they are cutting the number of physicians even more, according to a Times analysis of company data.”  Apparently reducing networks by itself won’t be enough to cover costs in some instances, according to the article. Insurer HealthNet is dumping one of its Preferred Provider Network plans and “switching to a plan with 54% fewer doctors and no out-of-network coverage, state data show. Yet premiums for that stripped-down policy are going up as much as 9% compared with pricing for the PPO….HealthNet said its cutbacks were necessary to avoid even steeper rate hikes.”

Premium hikes and even skinnier networks!  Thanks ObamaCare!

3. The Solution To This Politically-Created Problem?  Why, More Politics, Of Course!  A class action lawsuit has been filed against Anthem Blue Cross in California accusing the insurer of “misleading ‘millions of enrollees’ about whether their doctors and hospitals participate in its new reform plans.”  Here’s betting that will be the first of many.

In South Dakota, skinny networks will be on the ballot.  Voters in the Mount Rushmore State will be able to vote on an “any willing provider” initiative that would require insurers to accept any physician as long as he or she meets the insurer’s standards.  Of course, forcing insurers to expand their networks will likely result in higher premiums, but don’t count on supporters of this initiative to acknowledge that fact.  Here’s betting that this initiative will also be the first of many.

4. On A Different Note: Did ObamaCare Increase The Number Of Uninsured?  Part 2.  Last week, I posted some information that a comparison of the 2013 CPS survey with the 2014 Q1 CPS survey from the Census Bureau showed an increase in the number of uninsured under ObamaCare.  However, Adrianna McIntyre at The Incidental Economist points out that the surveys show no such thing.  The explanation is a bit complex, but the short of it is that the 2013 CPS survey measures the uninsured in a different way than does the 2014 Q1 CPS survey.  Thus, it is inappropriate to make comparisons of the rate of the uninsured using these two surveys.