22 Oct 2014 What Is The National Popular Vote Movement?

ConservativeBlog.org
Posted at 14:48h in Articles, Blog by David Hogberg

Much attention in the conservative press has been paid to the issue of voter ID and ballot integrity laws in various states and the Justice Department’s attempts to halt them. But the far-left’s forceful attempt to abolish the Electoral College without amending the US constitution has largely gone un-noticed.

Partisans of the National Popular Vote (NPV) movement believe they can legally enact a direct popular election of the president by establishing an interstate compact between the roughly eleven large states it would take to garner 270 of the 538 electoral votes needed to win.

If it were to be enacted, the NPV compact would render irrelevant the votes in the remaining states that have thus far refused to comply with the compact.  Thus far, the compact has only been ratified in the state legislatures of the Northeastern liberal strongholds of NY, NJ, MA, VT, RI, and MD, the left coast redoubts of CA and WA, plus IL, HI, and the District of Columbia. 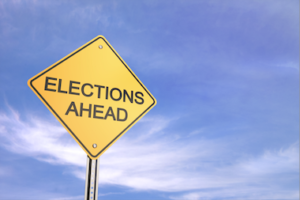 Supporters of the NPV argue their case in two stages.  First, they contend that our present system of electoral federalism has failed to ensure the relative equality of states. They claim that the Electoral College and the winner-take-all system (except for ME and NB) unjustly privilege the few large states with a high concentration of electoral votes over the many small states. They point to the fact that presidential candidates only campaign in a handful of swing states after the primaries are over.

Second, they assert the claim that a Presidential election is illegitimate if the results of the popular vote do not coincide with the result of the Electoral College’s winner-take-all system.  For evidence, they cite not only the outcome of the 2000 Presidential election in which Bush won the electoral college but narrowly lost the popular vote, but also the 2004 and 2012 elections where 60,000 votes in Ohio and 200,000 votes in a handful of states would have reversed the outcomes.

The coming series of blog posts will examine why the NPV compact is not only impractical for representative democracy but also fails to safeguard federalism and the democratic principle.