ConservativeBlog.org
Posted at 15:24h in Blog, Health by Amy Ridenour 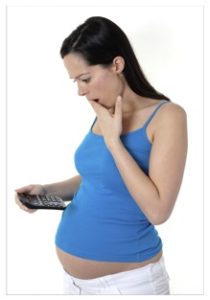 In an opinion column that appeared in newspapers nationwide, Grace-Marie Turner of the Galen Institute points out something about ObamaCare few realize:

Next year, some [people who bought health insurance on an ObamaCare exchange] will face real sticker shock because of bizarre complexities of the law. Those who signed up for ACA coverage in the first enrollment season can be automatically enrolled in the same plan next year, if they take no action.

But there’s a catch. More than 85 percent of them are receiving taxpayer subsidies, and the biggest subsidies are tied to a “benchmark” plan, which can change every year.

If people automatically re-enroll in the plan they choose for this year, it may not be the benchmark plan next year. As a result, these consumers will lose added subsidies. Milliman says they could face net premiums 30 percent to nearly 100 percent higher next year.

If you like your Obamacare plan, you can keep it—but you might end up paying a whole lot more.

People who decide to stick with the coverage they’ve already gotten through Obamacare, rather than switching plans, are at risk for some of the biggest premium spikes anywhere in the system. And some people won’t even know their costs went up until they get a bill from the IRS…

And here’s how Sean Parnell of the Heartland Institute put it:

A significant problem looms for the Affordable Care Act when the next open enrollment period begins in November, according to many health care experts and media accounts. The administration announced on June 26 those currently enrolled would be automatically renewed in the same plan for 2015.

There is a growing concern this will cause many who received subsidies through the federal exchange to be hit with sharp rises in after-subsidy insurance premiums due to the way subsidies are calculated.

“Many who are auto-enrolled will end up paying more than they needed to for coverage because they will not realize that last year’s best choice won’t be this year’s best choice—either because HealthCare.gov has failed to educate them on this point or because they don’t have hours to squander on the Exchange trying to make price comparisons,” explained Christopher Conover, Ph.D., a research scholar at Duke University’s Center for Health Policy & Inequalities Research…

Bottom line: If you bought health insurance on an ObamaCare exchange and are receiving a subsidy from the taxpayers, do not assume you can keep the same plan with the same or similar subsidies next year. Do your homework, or risk paying more — possibly a lot more — than you expect.