ConservativeBlog.org
Posted at 12:54h in Articles, Blog by David Hogberg

The National Popular Vote compact is a far-left proposal to fundamentally transform the federal election of the US President by replacing our current system of 50 separate state elections with what is in effect a single national election.  The NPV scheme would operate through an interstate compact that binds together the 270+ electoral votes of a dozen or so large states.  It would grant this bloc of electoral votes en masse to the winner of the nationwide popular vote in all 50 states plus DC, thus accumulating over half of the votes from among the 538 total votes cast in the Electoral College.

Drawing from a Heritage Foundation legal memorandum and a Cato Institute policy analysis, I discussed in a previous post how the NPV would reduce presidential legitimacy and lessen the influence of the smaller states.  The same memorandum yields three reasons why the NPV would create insuperable difficulties for the electoral process itself.

1. The NPV would expand and complicate selective recounts to the county and precinct level.  The Electoral College system limit recounts to isolated states under one set of statewide rules.  Contrary to the views of the far-left, the Florida 2000 recount was an example of the Electoral College functioning properly to isolate the voting irregularities in one state from the rest of the federal election transpiring concurrently in the other 49 states of the Union.  But, with an NPV in place, candidates would have greater incentive to contest a large number of counties with close results in several of the compacting states, thus leading to a national recount that would bring the nation to a standstill.  Imagine the Florida 2000 recount taking place in 100 or more counties across a number of states with different standards and rules for evaluating contested ballots. 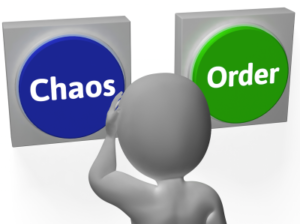 2. The NPV would tend to increase the incidence of voter fraud because a single national election provides the maximum incentive to create fraudulent registrations and illegally harvest votes. Under the NPV scheme, an individual’s vote would no longer count only toward the apportionment of the electoral votes from his home state: the very same ballot would now have an influence on all the electoral votes apportioned by all the other states.  Thus, there would be every incentive for ballot harvesters to run up vote totals in all 50 states because, in essence, there would be a single national election conducted in 50 national precincts, instead of 50 separate state elections conducted in 50 federal election districts.

Conversely, the current system of 50 separate state elections mitigates the incentive to cheat because an individual’s vote only counts toward the electoral votes granted by his home state.  At the same time, the federal district structure of the Electoral College allows election officials, poll watchers, and election lawyers to focus their efforts on the problem areas in the comparatively few swing states.  Under a purely national election scheme like the NPV, the resources of election officials and state attorneys general would be stretched to the breaking point at which they could no longer detect, contain, and punish voter fraud.

3. The NPV would generate a tsunami of electoral litigation at the county and precinct level.  If you think that current litigation and Justice Department lawsuits over the duly enacted voter verification and voter ID laws in the swing states of Texas and North Carolina is a problem, be glad these cases are conducted at the state level. The NPV would explode the number of lawsuits regarding provisional ballot counting and the eligibility rules for provisional voters at the most local levels of voting. Since votes in one compacting state would influence the Electoral College outcome in both the compacting states and the states coerced into the NPV, there would be a proliferation of lawsuits over differing rules in the compacting states regarding same day registration and the timelines for early and absentee voting.  Electoral chaos would ensue.

Ultimately, the NPV would introduce illegitimacy, unfairness, and instability into the process of electing the US President. The next post in this series will examine the Constitutional questions surrounding the NPV.