03 Nov 2014 Life Expectancy Is Great Measure Of A Health Care System–If Your Aim Is To Criticize The U.S.

ConservativeBlog.org
Posted at 12:44h in Blog, Health by David Hogberg

Chris Conover has a good post over at Forbes pointing out that life expectancy is a terrible measure of the effectiveness of a health care system:

Stanford professor Victor Fuchs recently pointed out something that might surprise many critics of the U.S. health care system. There is no positive relationship between per capita health spending and life expectancy. He demonstrates this with data from the two dozen OECD countries having the highest per capita health spending, as well as separate analyses of U.S. states (25 highest- and 25 lowest-income states).

The factors that impact life expectancy are many and overshadow the effect that a health care system has.  Conover notes that this was known at least as far back as 1979, when the then-Department of Health, Education and Welfare released its “Healthy People” report.  Here is a pie-chart of the causes of premature mortality from that report: 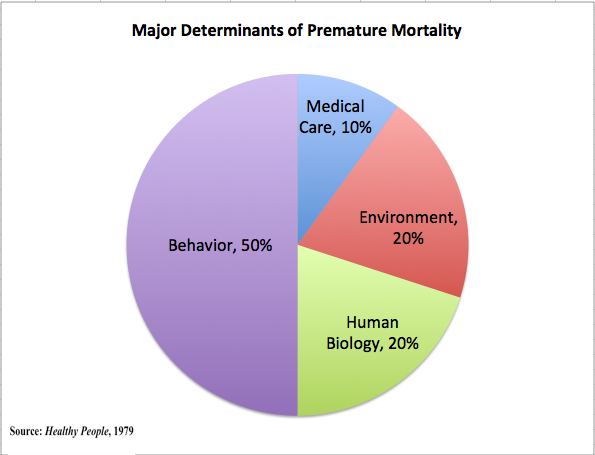 Unfortunately, this has never stopped left-wing groups like the Commonwealth Fund from producing reports such as “Despite Highest Health Spending, Americans’ Life Expectancy Continues To Fall Behind Other Countries’.” Conover notes that others, such as Steven Brill, Sarah Kliff and the Huffington Post, have used life expectancy in a similarly misleading fashion.

Back in 2006, I wrote a report for the National Center explaining why life expectancy was a poor measure of a health care system.  Hopefully, I will get a chance to update it some day.  Until then, read Conover’s piece for other reasons why life expectancy is a lousy measure.