ConservativeBlog.org
Posted at 12:39h in Blog, Health by David Hogberg

Conservatives should, as a matter of course, demand that Congressional Republicans get on with the business of repealing ObamaCare and replacing it with free market reforms in the next two years.  The question is, which strategy is best for achieving that long term? 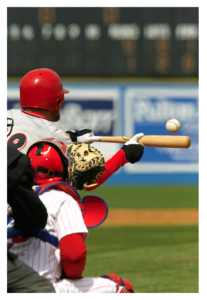 There are two basic strategies to choose from—small ball and swinging for the fences. For now, small ball is the superior one and, hence, the one conservatives should support.

Small ball means passing more targeted bills, such as repealing the individual mandate, repealing the employer mandate (or at least changing the definition of full-time to 40 hours a week), eliminating the medical device tax, rolling back Medicare Advantage cuts, eliminating the Independent Payment Advisory Board, and ending the insurance company bailout, a.k.a. the “risk corridor.” The President might sign one or two of those and if he doesn’t, then he vetoes a popular bill.  That will be useful down the road in that it pushes the media to ask, “Mrs. Clinton, would you veto that bill?”

Small ball also entails taking popular parts of replacement bills and passing them separately.  For example, a universal tax credit and letting people buy insurance out of state would be popular and probably find wide agreement among the Congressional GOP.  It also gives the GOP something to point to when the press asks, what would you replace ObamaCare with?  They can reply, these are our starting points.

Swinging for the fences means trying to achieve full repeal and replace by using a government shutdown.  With (1) Obama still wielding the veto pen, (2) the GOP not yet united around a replacement bill and (3) a singificant chunk of the public clamoring for some cooperation in D.C., the winds are blowing in right now, making swinging for the fences bad strategy.

Passing a full repeal may be something worth doing in the next two years since it would reassure conservatives that the GOP is serious.  But doing it first out of the gate would be counterproductive.  It would give Democrats and the press the ammunition they need to say the GOP is not interested in working together. Instead, start with some small things, like the medical device tax, that President Obama may sign. That enables the GOP to grab the “we can work together” theme.

The worst part of swinging for the fences is a government shutdown.  I hate writing that, because it seems to me that the lesson of a government shut down should be that America gets on just fine without much government.  Alas, the liberal press always spin it as Republicans and conservatives being mean-spirited and intransigent, and unfortunately, a majority of the public buys into that spin.  In the end, shutdowns backfire by making it more difficult to advance conservative ideas.  Another one would make it that much harder to advance true health care reform.

Successfully executing small ball will mean that the GOP and conservatives can swing for the fences later on. However, that will mean applying constant pressure to the Congressional GOP.  Both Mitch McConnell’s election night speech and an op-ed he co-wrote with Speaker John Boehner in today’s Wall Street Journal suggest that they are serious about health care.  However, ObamaCare was a glaring omission from Boehner’s election night statement, suggesting that the GOP can go wishy-washy.  It’s up to those of us on the right to ensure that doesn’t happen.